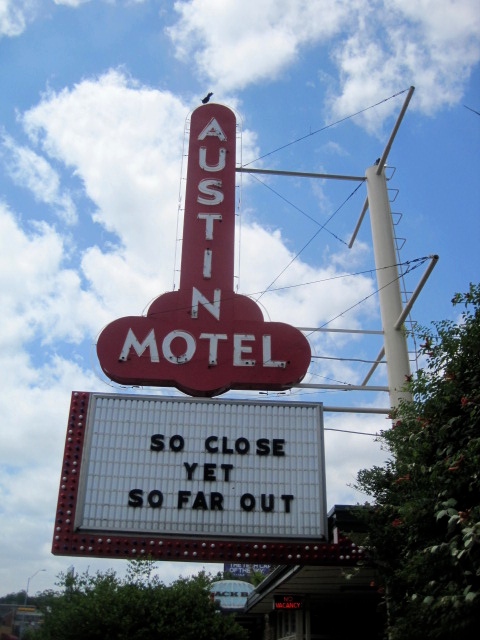 In case you couldn’t tell, when my husband and I travel, our trips revolve around food. When we each made our lists of “what to do” in Austin, my husband’s list was fine-dining focused (Qui, Uchi, Barley Swine) while my list was mainly beer (Craft Pride, Hops & Grain) and food carts. But at the very bottom of my list was a separate (tiny) category called “Things that don’t involve eating.”

On that list, there were three items: visit the Barton Springs Pool, walk down 6th Street and hike around Lady Bird Lake.

I am happy to say we did all of those things and more — which is kind of shocking considering how much time we spent eating!

We checked out the Texas Capitol Building, which sprawls across the metro area.

Everything is bigger here in Texas and the Capitol Building in downtown Austin is no exception!

END_OF_DOCUMENT_TOKEN_TO_BE_REPLACED

“Never give up” — seen while kayaking on the Colorado River, Austin, TX

As soon as I spotted this Pac-Man on the side of a bridge in Austin, I had a wave of inspiration.

I’ve been trying to cook a recipe from a favorite blog of mine each month as a kind of homage, but with this vacation and the crazy weeks leading up to it, I didn’t have time to get my culinary act together. But when I took this photo, I knew immediately what blog I wanted to mention this month — Waterfalls and Caribous.

Waterfalls and Caribous is a blog that I happen to come across long ago — I honestly can’t when I discovered it — but I was hooked immediately. While they post frequently about food, the main focus is their adventures while traveling, and seriously, they travel. I have followed them through India, Korea and into China. Their adventures can be as simple (and hilarious) as trying to find a great cup of coffee in Xi’an or as crazy as visiting the Haesindang (penis) Park in South Korea.

But I also really love that they love street art.

I’ve always enjoyed graffiti — when it’s done well — perhaps because I can’t draw at all. It’s really impressive what talented people can do with the side of a building (or bridge!) as their canvas.

So here’s some of the fun art I saw while wandering around in Austin last week:

END_OF_DOCUMENT_TOKEN_TO_BE_REPLACED

Our first day in Austin was a doozy. My husband and I hit up 5 bars, 2 food trucks and had a run in with a very ambitious squirrel before getting back to our hotel around 1am. I was pretty impressed with us considering we had left our house in Portland at 4 am to catch our first flight.

We like to start our vacations with a bang!

We decided to hit up the Rainey Street district, a fairly small but bustling street (think bar after bar after bar). Our first stop was a place I have been dying to go since I first heard about it: Craft Pride. A bar that has 54 beers on tap (most of them local), a big patio and one of the best food trucks in the area, Via 313, makers of Detroit-style pizza.

While many of the options sounded great, we ordered the Rocket. Lots of sopressata, very cheesy and topped with spicy arugula. It was fantastic. Like crazy good. Half of this pie was enough to fill me up.

I immediately ordered an IPA from one of Austin’s most well-known breweries, 512. It was delicious. I followed that with a tasting tray, figuring it was the easiest way to try many things at once.

END_OF_DOCUMENT_TOKEN_TO_BE_REPLACED 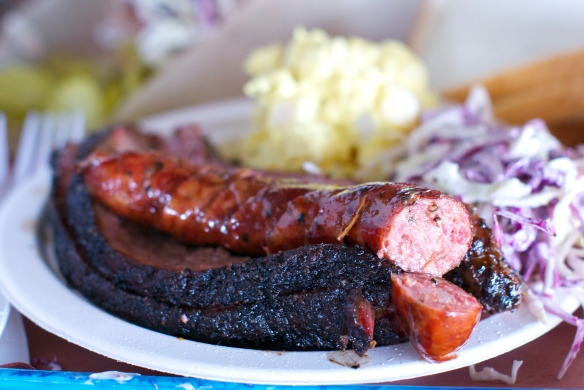 Franklin BBQ is legendary. It is supposed to be the best barbecue in the country. Aaron Franklin started his company as a food truck back in 2009 and moved into a brick and mortar building in 2011. Every day, without fail, he sells out of his amazing brisket. 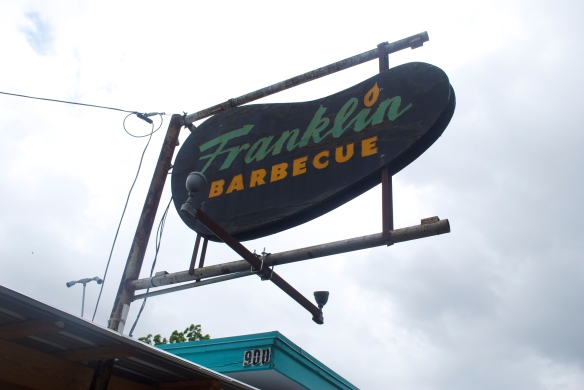 The doors open at 11am…the line starts as early as 6 am! People bring chairs, books, coolers and make waiting for 3-6 hours as much fun as possible.

This was on our list as the one “must do” thing in Austin so we bought an inflatable cooler, a 6-pack of local beer and woke up at 7am yesterday to brave the line. 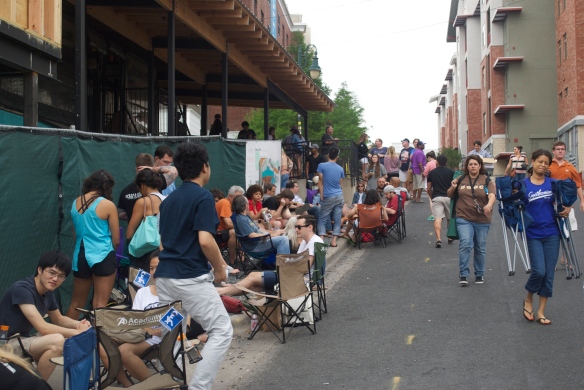 END_OF_DOCUMENT_TOKEN_TO_BE_REPLACED

Don’t worry — I haven’t vanished! I’m just on vacation mode (and I had a bit of camera drama) so I haven’t posted since arriving in Texas on Sunday. My husband and I have been busy enjoying Austin and its surrounding areas so expected some fun pictures soon. Here’s a few to tide you over — and make you hungry! 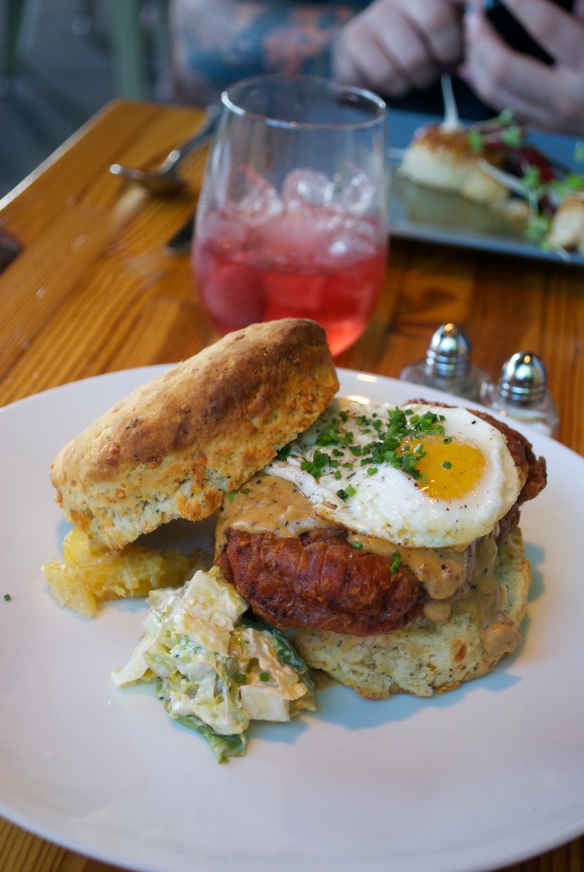 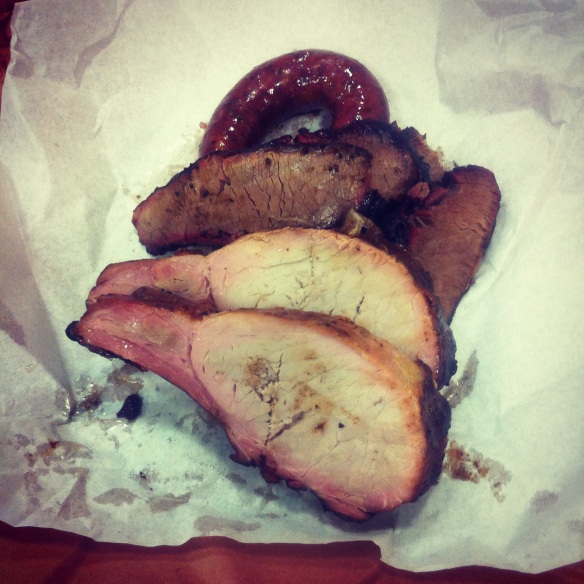 Pork chops, brisket and sausage from Kreuz Market in Lockhart — the BBQ capitol of Texas!