Over the past few weeks I have been writing about the adventures my husband and I had in Japan last month, but have yet to elaborate on the reason we were there in the first place: the Portland Tokyo Fest. We helped comprise the Portland element of the festival, along with two other local chefs (one who also runs several farms in Portland), a winemaker, a coffee roaster and a brewer.

The focus of the event was to highlight urban farming and the farm-to-table cooking that is so common in Portland. In order to do this we had two cooking demonstrations at the United Nations University Farmer’s Market in Shibuya and we also hosted a dinner party for 100 guests, where each chef served several snacks to be paired with Portland wine, beer and cocktails.

To prepare for these events, we spent our third day in Japan touring local urban farms. A bus took our group from the bustling Tokyo to the much quieter area of Narita, about an hour away, where there are many small, family run farms. Besides getting to see the properties and talk to the farmers, we were also shopping for the produce we would use at the upcoming events.

I really wasn’t sure what to expect when we got to our first stop, the Chef’s Garden Farm, but it certainly wasn’t the small, white-haired Japanese man sporting a hat with a skull on it and a massive belt buckle who greeted us. He spoke very little English but happily pulled up all kinds of vegetables for us to inspect. I can honestly say our entire group was stunned by his farm — he had the usual suspects (carrots, radishes) but also yuzu, peanuts, and wasabi. At the request a local chef, he even grows saffron.

This guy was awesome!

END_OF_DOCUMENT_TOKEN_TO_BE_REPLACED 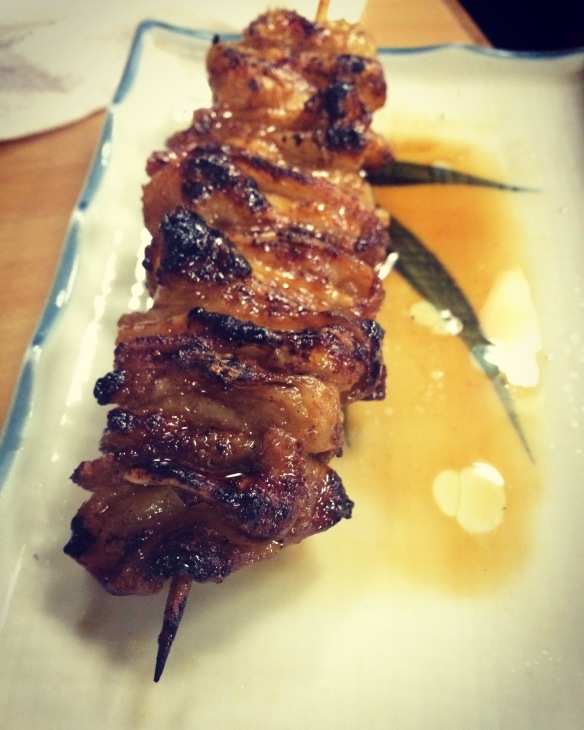 One of the things I liked best about our trip to Tokyo was wandering through the city’s intricate web of side-streets and alleyways, finding unique sights and enjoying the different culture.

Our second day in the country was spent getting familiar with the streets of Shibuya and Harajuku, the two districts where we would spend most of our time. Along with the rest of our Portland posse, we followed our Japanese guides as they led us from the UNU farmers market (where we would be giving cooking demos) to Iki-ba (the event space for our big dinner) and on to Grain (our commissary kitchen) and back again. We walked the route so many times that my feet were aching and I’m pretty sure that even now, more than a month later, I could find my way from Grain to Iki-ba in my sleep.

But with the crazy traffic, walking was truly the best option, and exploring by foot allowed us to really get a feel for the area. And while it was awesome to be in the hustle and bustle of the city, it was all of the small whimsical touches (from business logos to street art) that won my heart. 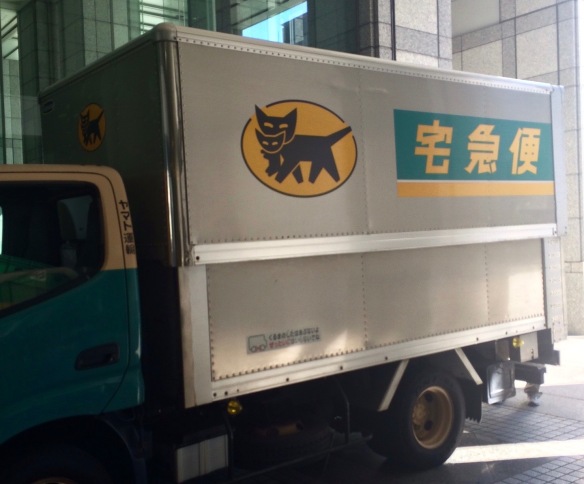 It took me two days to figure out this is the logo for a carrier company. As a cat lady, I approve. 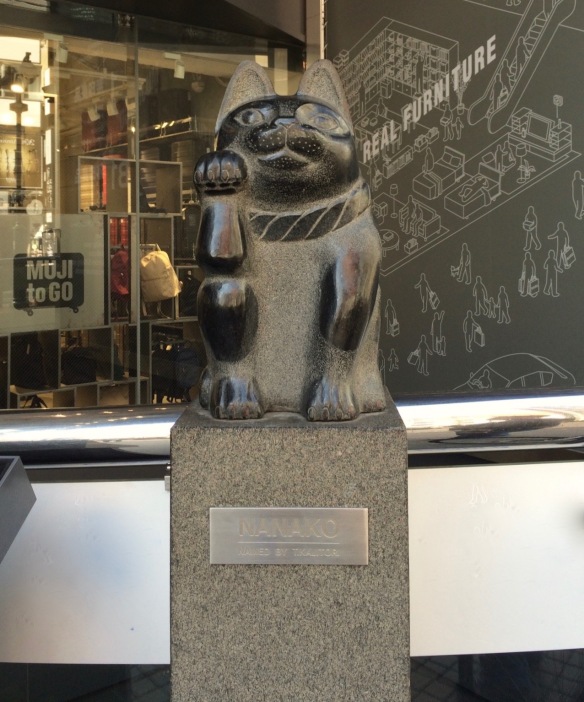 Akita dogs getting to know each other. Art work near the Hachikō statue at Shibuya Station.

END_OF_DOCUMENT_TOKEN_TO_BE_REPLACED

I got back from Japan just over a week ago and my body clock is finally back on track. Having to wake up at 8am for work has been pretty miserable but with every sad morning, I think —  I can’t believe I was in Tokyo!

Since I have been terrible about posting lately, I figured some Japanese adventure stories would be a great way to re-live the fun I had and get me back in the blogging saddle.

So, for the back story, my husband and I were part of a Portland group (he was one of three chefs, but we also had a brewer, a wine maker and a coffee guy with us) that traveled to Japan as part of a “PDX meets Tokyo” festival. The event was primarily sponsored by Columbia Sportswear, Airbnb and Travel Portland, which means I got a sweet new rain jacket and we had a free place to stay. Can’t beat that!

The whole trip was a lot of fun, but it was a good amount of work too: we sold Portland products at the UNU Farmer’s Market, the chefs each did two cooking demos, we toured three urban farms and catered a Seed-to-Table dinner for 100 people on Halloween night. While I’ll be posting about those adventures later, I’m going to backtrack to the very beginning — our 24 hours in the city. 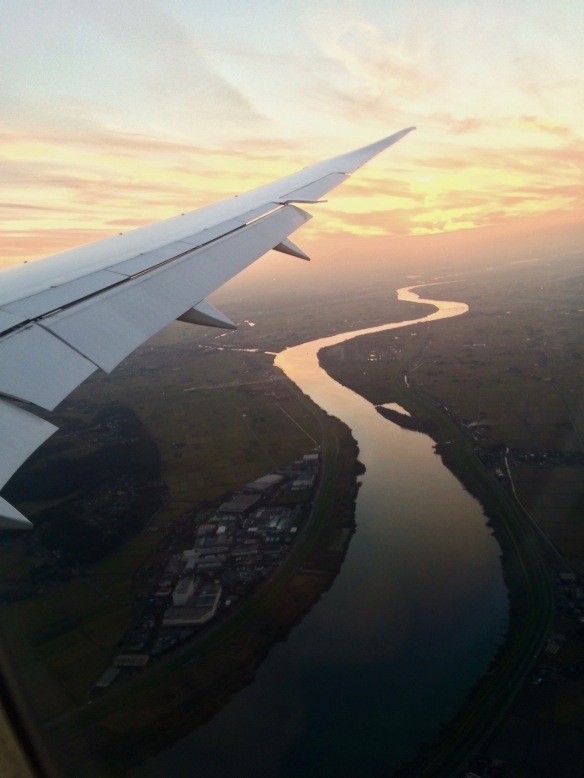 Flying in to the Narita Airport

My husband and I arrived in Tokyo on Monday, Oct. 25, around 7pm. We had been traveling for more than 14 hours, ten of which was the final flight. I love flying so it didn’t actually didn’t seem that long to me. My husband, on the other hand, is antsy by nature and was dying to get off the plane.