While I have a few resolutions (complete another Whole30 and to learn more about my Nikon camera), most of my hopes for the new year involve cooking. I created a new page on this blog to track my food-complishments over the next 12 months, but here’s a quick run-down:

END_OF_DOCUMENT_TOKEN_TO_BE_REPLACED

Locket my Mormor (maternal grandmother in Swedish) gave me when I turned 16.

Happiness should be the one thing always present during the holiday season — after all how times do you hear the word ‘joy’ uttered in December?

Unfortunately, it’s not always effortless to be happy this time of year — there’s so much to do, so much stress and so many expectations that it’s easy to get overwhelmed. My job is particularly crazy in the winter. If people seem neurotic about their Thanksgiving dinner, imagine being responsible for the meat for hundreds of Christmas Eve and New Years Eve dinners. Some of the chefs I know could out-diva Mariah Carey and her requests for rooms full of white kittens.

So this year my co-workers and I came up with a brilliant idea — a happiness advent calendar. Each day one participant brings a small gift to the other 14 participants. It’s been awesome. I’ve come into work every morning to find treats on my desk, amongst them a peppermint Rice Krispie treat, a seasonal beer and a camel turd. There was a platter of apple slices with a jar of caramel sauce, a homemade lollipop and even a taco bar.

Let me tell you — it’s a mood lifter that I desperately needed this year, as my grandmother, one of the people I was closest to my whole life, passed away on Dec. 3rd, just nine days before her 96th birthday.

END_OF_DOCUMENT_TOKEN_TO_BE_REPLACED 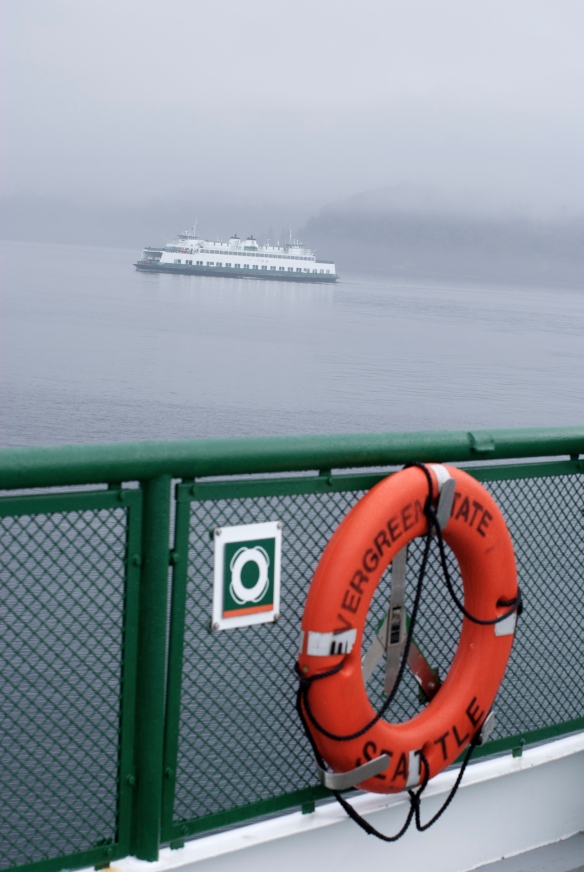 Vashon Island is definitely not a tropical island!

Last weekend my husband and I hit our 7th year marriage milestone. To celebrate, I forced him to make my favorite dinner ever — chittara pasta with roasted cauliflower, chili flakes, bread crumbs, Parmesan and a LOT of olive oil. (Side note: This was the first time I’ve actually watched him make this dish and I have to say after I saw the sheer amount of oil in it, I almost wished I hadn’t helped him make it. My god!)

But besides a fantastic dinner and a bottle of bubbles, we laid low for the day, saving our energy for this weekend instead. My husband took a very rare Saturday off and, thanks to Labor Day, we have two blissful days planned on Vashon Island in Washington.

END_OF_DOCUMENT_TOKEN_TO_BE_REPLACED

Doing what I do best…

When I used to wait tables at my dad’s restaurant in Kodiak, AK I remember serving a lot of beer. Sure, steaks, burgers and fried halibut were popular too but when half of the dining room was full of fishermen, most of my time was spent carrying pitchers of beer.

Fortunately, while work could be hectic, it was fun and, as most of the customers were just happy to be off the boat and had just gotten paid, tips were good. Unfortunately, the beer I was serving was all Coors, Budwiser and MGD — the closest thing to a microbrew I could offer was a pint of Alaskan Amber.

To be fair, almost everyone was happy with anything cold and alcoholic and I doubt anyone in the bar had even heard the term “craft beer” before. It was a different time.

Now, years later, craft beer has not only hit the mainland of Alaska, it’s made its way to Kodiak.

When I was there last month, I was shocked to see how much the beer scene had changed in my old hometown. Bars had more beers — and much better beers! — on tap than I had expected. When I saw Ninkasi’s Total Domination on draft at the bar by the Kodiak airport, I was ecstatic.

Doing his part to encourage this trend, my dad recently decided to add eight more taps to his restaurant’s line-up — bringing the total to 20, which is the most in town. He wanted the new handles to only carry revolving microbrews, mostly seasonal or specialty, or — at the very least — from Alaska. Since neither he nor my little brother are big beer drinkers, they thought they would utilize my (ahem) beer expertise to help gauge quality.

And so began a bit of a craft beer bender, which to me is the best way to spend a vacation.

Here are some pictures of our adventures, starting with Kodiak Island Brewing Company:

END_OF_DOCUMENT_TOKEN_TO_BE_REPLACED

While I’ve traveled quite a bit around the world, there is one place that will always have my heart — Ft. Abercrombie State Park on Kodiak Island, Alaska. I remember hiking the trails as a Girl Scout, hanging out on top of the bunkers as a teenager, spending hours partying (and legitimately exploring!) as a young adult and even now, all grown up, I can feel its pull.

The park is where I spent an incredible amount of time between the ages of 13 and 21. My friends and I had several favorite campsites that we would spend weekends at — when we were younger, we’d all pile into a tent to gossip the night away. As we got older, the group grew and the nights often ended with a mix of couples huddled around a campfire, drinking beer and talking about life after high school. Most of my best memories of my friends involve Ft. Abercrombie.

But besides the fact that it was a great places to escape, the park is also crazy beautiful and loaded with history.
END_OF_DOCUMENT_TOKEN_TO_BE_REPLACED

I have been offline for a while but it’s for a very good reason. I flew to my hometown, Kodiak, Alaska, for the first time in nearly a decade. I’ve been busy visiting with my family, teaching my just-21-year-old younger brother how to appreciate beer and taking a whole lot of pictures. So excuse the absence…I’ll be back soon!