A full line-up of hoppy, malty goodness from the Walking Man Brewery.

A few weeks ago it was my husband’s birthday. We didn’t have anything exciting planned so I proposed a beer tour, working our way east from Portland toward the Columbia River Gorge. (So, yes, if you’re keeping score, I chose my favorite activity for my husband’s birthday and then made him drive so I could imbibe the lion’s share of beer. I know, I know, I am a terrible wife. But he still loves me, so it’s all good!)

Anyways…Usually when we drive to the gorge, we drive on the Oregon side of the river out of convenience sake. To try something different, I suggested this time we take Highway 14, on the Washington side, instead. It was a surprisingly good choice.

Even though we were headed in the same direction, being on the other side of the river made for a completely different view. In fact there was a moment when I almost felt disloyal to Oregon, thinking, “Wow, the Washington side is a much prettier drive!” But then my husband reminded me the reason for that is because we were looking at Oregon from across the river. I felt much better (though a little slow!) after he said that.

At any rate, the scenery was so gorgeous that we pulled over near Cape Horn so I could take some pictures.

Columbia River Gorge. The left-hand coast is Washington, across the river is Oregon.

END_OF_DOCUMENT_TOKEN_TO_BE_REPLACED

Doing what I do best…

When I used to wait tables at my dad’s restaurant in Kodiak, AK I remember serving a lot of beer. Sure, steaks, burgers and fried halibut were popular too but when half of the dining room was full of fishermen, most of my time was spent carrying pitchers of beer.

Fortunately, while work could be hectic, it was fun and, as most of the customers were just happy to be off the boat and had just gotten paid, tips were good. Unfortunately, the beer I was serving was all Coors, Budwiser and MGD — the closest thing to a microbrew I could offer was a pint of Alaskan Amber.

To be fair, almost everyone was happy with anything cold and alcoholic and I doubt anyone in the bar had even heard the term “craft beer” before. It was a different time.

Now, years later, craft beer has not only hit the mainland of Alaska, it’s made its way to Kodiak.

When I was there last month, I was shocked to see how much the beer scene had changed in my old hometown. Bars had more beers — and much better beers! — on tap than I had expected. When I saw Ninkasi’s Total Domination on draft at the bar by the Kodiak airport, I was ecstatic.

Doing his part to encourage this trend, my dad recently decided to add eight more taps to his restaurant’s line-up — bringing the total to 20, which is the most in town. He wanted the new handles to only carry revolving microbrews, mostly seasonal or specialty, or — at the very least — from Alaska. Since neither he nor my little brother are big beer drinkers, they thought they would utilize my (ahem) beer expertise to help gauge quality.

And so began a bit of a craft beer bender, which to me is the best way to spend a vacation.

Here are some pictures of our adventures, starting with Kodiak Island Brewing Company:

END_OF_DOCUMENT_TOKEN_TO_BE_REPLACED 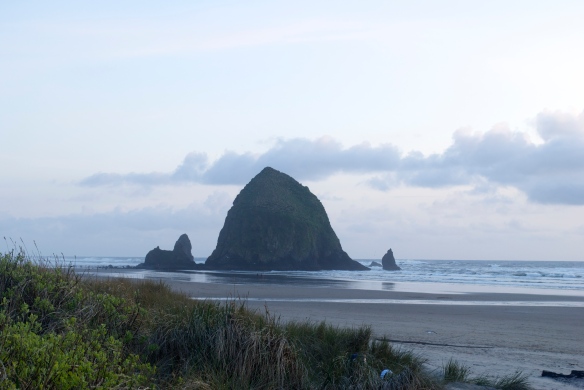 Oregon beaches are more suited to microbrews than piña coladas.

I love little beach towns. While I dream about tropical palm-tree-and-white-sand beach towns, I really love small quaint slightly foggy coastal towns. I guess it has to do with the fact that I grew up on Kodiak Island, a tiny town in the Gulf of Alaska. No matter where you went, you weren’t far from the ocean, salty air and harbors full of fishing boats.

My husband also has an affinity for such places so it was easy to convince him to spend last Sunday at the Oregon coast, despite the overcast weather. We have spent quite a bit of time in Newport and Seaside, but we hadn’t done much in Astoria. We drove through the town a few years ago but my only purpose was to see the Goonies House (so cool!).

This time we wanted to spend more time poking around the town and being by the water. (I didn’t tell my husband my game plan also included beer, lots of beer! For a rather small town — less than 10,000 people I think — Astoria manages to have several breweries and I was determined to visit at least two of them.)

END_OF_DOCUMENT_TOKEN_TO_BE_REPLACED

This is how I roll when it’s my birthday…

If you read Wednesday’s post, you’ll know I’m in the middle of series about throwing the best damned B-day party ever — where the B stands for beer, glorious beer! In this post I’m getting down and dirty with the specifics on how I went about this extravaganza.

I spent the month prior to the party relentlessly planning it. Some things I figured out with relative ease, like the beer-infused party favors and the beer shaped cake (thank you Pastrygirl for making my beer-filled dream come true!).

Hell, even finding super fun beer-shaped candles was a surprisingly easy feat (at least for my friend DB who scored them at a local cake decorating place). 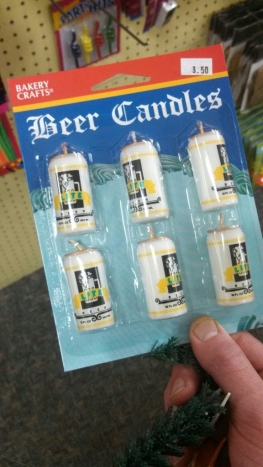 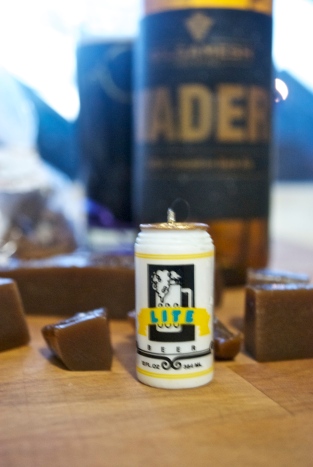 END_OF_DOCUMENT_TOKEN_TO_BE_REPLACED

Kite surfer in Hood River, OR

I love Hood River. I love that it’s only 45 minutes away from Portland, that it has an awesome little beach for watching kite surfers and that it is home to some seriously delicious micro-breweries.

My husband and I would like to make it out there more than once a year but as it’s happened, it seems to remain an annual pilgrimage. This year’s trip took place last Sunday and while we got a late start, we still followed our basic routine and managed to add in some new adventures.

END_OF_DOCUMENT_TOKEN_TO_BE_REPLACED

I know, I know, it’s a cider, not a beer. But ever since I got wind about a cider made with hops, I have been dying to try it. And, since Anthem’s Cherry Cider is the most popular hit out of all of the beer I’ve covered, I felt it was necessary to review this one as well. That my excuse — I’m doing it for the people!

Anyways. I’ve mentioned that I love hoppy beers. I especially love the season when many Oregon micro breweries do their “fresh hopped” beers. These tend to be less bitter and more herbaceous and floral than their regular run-of-the-mill counterparts. While this cider is dry hopped, not fresh, I still held on to the hope that the palate might be similar. I was also hoping it would blow me away — which Anthem’s cherry version failed to do.

Let’s just say, as visions of apples and hops danced in my head, I was pretty anxious to open this bottle!

END_OF_DOCUMENT_TOKEN_TO_BE_REPLACED 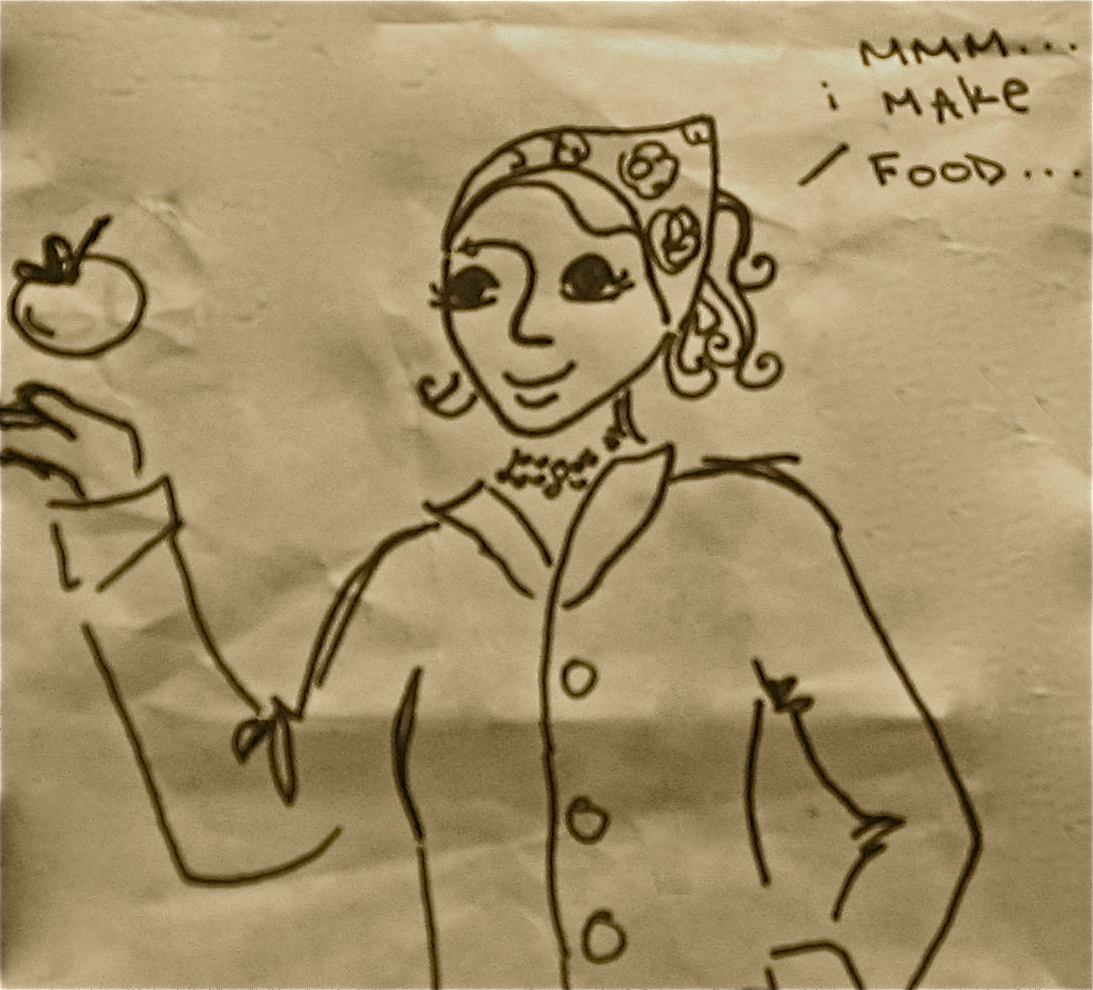