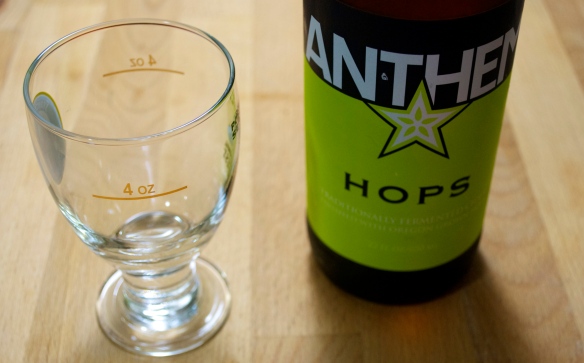 I know, I know, it’s a cider, not a beer. But ever since I got wind about a cider made with hops, I have been dying to try it. And, since Anthem’s Cherry Cider is the most popular hit out of all of the beer I’ve covered, I felt it was necessary to review this one as well. That my excuse — I’m doing it for the people!

Anyways. I’ve mentioned that I love hoppy beers. I especially love the season when many Oregon micro breweries do their “fresh hopped” beers. These tend to be less bitter and more herbaceous and floral than their regular run-of-the-mill counterparts. While this cider is dry hopped, not fresh, I still held on to the hope that the palate might be similar. I was also hoping it would blow me away — which Anthem’s cherry version failed to do.

Let’s just say, as visions of apples and hops danced in my head, I was pretty anxious to open this bottle!

END_OF_DOCUMENT_TOKEN_TO_BE_REPLACED

I have mentioned before how much I enjoy New Belgium’s beers. In fact, their sour beer is still one of my top favorite beers of all time. So when I spotted a 22-oz bottle of their Pink Peppercorn IPA at a specialty beer store, I picked it up immediately. It’s from their Trip Series, which means it’s a collaboration beer between New Belgium and Elysian (a well-known Seattle brewery to those of us in the PNW).

Here, this says it all:

I should also mention that, like a good little Oregonian, I love IPAs. So as you can imagine, I’ve been very excited to drink this beer!

Last night, when I finally sat down after doing loads of dishes and laundry, it seemed like the perfect time to crack it open. I usually try to save beers like this for when my husband is home so he can enjoy them too, but the last time we split a beer, I sucked my half down in record time and he left his to languish on the table. It was still there — untouched — the next morning. Alcohol abuse like that is not tolerated in my household.

END_OF_DOCUMENT_TOKEN_TO_BE_REPLACED

My husband and I bought a lot of beer this weekend, which is always a good thing in my book. Another good thing is living in a town that worships beer, to the point to where we have several exceptional specialty beer stores that I can blow a bunch of money in.

Which is exactly what I did on Sunday.

The hardest part of this purchase was deciding which bottle to open first. Since we enjoyed Epic Brewing’s Sour Apple Saison so much, we thought their Straight Up Saison was a perfect contender.

END_OF_DOCUMENT_TOKEN_TO_BE_REPLACED 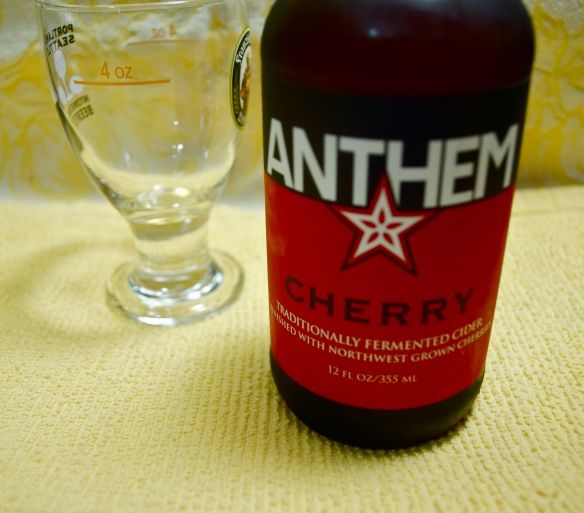 I bought this bottle without reading the label and up until the moment I opened it I thought I had bought a cherry sour beer. Then I took a closer look at the label — oh, a cider! Well, I’m not one to turn down alcohol (except whiskey perhaps) and a cider certainly sounded quenching, so I rolled with it. I was also very curious because I realized this label is produced by Wandering Aengus, a local cider producer. The Salem-based company is very well-known in town and I’ve often bought their ciders at the Farmer’s Markets.

END_OF_DOCUMENT_TOKEN_TO_BE_REPLACED

I’m sure by now you know I love beer. But I don’t think you know how much I love sour stuff — I love lemons, sour patch kids and anything full of vinegar. So when I heard about sour beers a couple of years ago, it was mind blowing. Two of my favorite things combined into one delicious bottle of joy? Amazing! I knew I would love them, I just had to locate them! Luckily I happened across a local brewery in Portland that actually specializes in sour beers, so I spent a few days tasting everything on their beer menu. 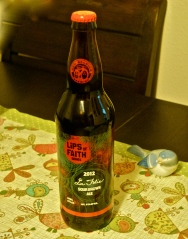 After that discovery, I was dedicated to finding this beer, La Folie from New Belgium. I had seen a picture of it while leafing through a magazine and since I love their regular beers, I knew this one would be awesome. Finally I found it a few weeks ago at The Belmont Station, an extensive beer store in SE Portland. And while it wasn’t cheap, about $12 for 22 oz, I snatched it up without a second thought. In fact I should have bought two of them, but I figured I’d taste it first before committing.

And now I really wish I had another bottle because it was incredible! 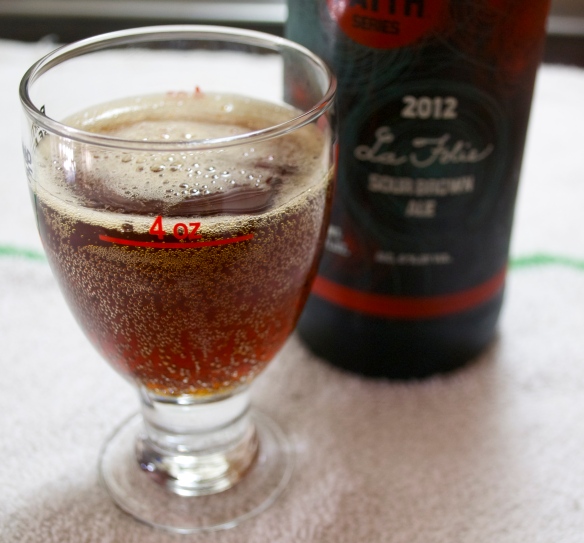 The color was a pristine auburn, with the ruby hues really standing out in the light. The head was thin and dissipated quickly. The carbonation was quite rambunctious, and kept up a nice steady stream of bubbles. The nose was full of dark fruit — primarily cherry — as well as a hint of balsamic vinegar, which matched the taste perfectly. This beer was tart, seriously tart, but in the best possible way. Some sour beers I have tried are made for tasting in only 4 oz pours. Even though I shared this beer with friends, the flavor was so balanced I could have polished the whole bottle off by myself with no problem.

I could imagine sharing a bottle of this after a satisfying meal or even just sipping on it while basking in my backyard. It’s quenching, refreshing and very (dangerously!) easy to drink.

I will certainly be picking up another bottle or two very soon — in fact, I may grab an extra one to store for a while. I have read that this type of beer ages excellently and since I’ve never tried aging beer before, it seems like a fun experiment. I’ll keep you posted how that works out — if I can manage not to drink it before it’s ready!

Anyways, moral of the story — this is now one of my top ten favorite beers (ever!) so you should certainly give it a try.

What can I say? Clearly I love Uinta Brewing’s choice in labels!

I picked up this bottle at the same place I bought the Hyve Honey Ale. I really am just a sucker for a pretty bottle of beer. And recently I have been very drawn to black lagers. I tend to stay away from anything too dark in color because it usually means the beer is going to be malty and sweet and I am definitely more into hops and bitterness.

But Black lagers seem to have the best of both worlds. They are dark and rich to look at and tend to smell roasty like coffee or toast. But then when you take a sip they are much lighter than they look, with a bit of citrus, spice and bitterness to them from the hops.