I have been wanting to make this pie since I first came across the recipe in the Nov. 2011 issue of Food & Wine. The only reason I hadn’t attempted it before is because pie making is not my forte. Unlike my grandmother who can whip up a pie dough so good my mom eats it raw, I am a novice — and a nervous novice at that, which means a lot of second guessing and stressing out.

But for the sake of apple cider, I decided to go for it. Four hours, one new ceramic pie pan and two pie crusts later (it’s a long story, but I had some…issues…this pie should take a normal person 45 minutes plus baking and cooling), I had a wow-worthy dessert. 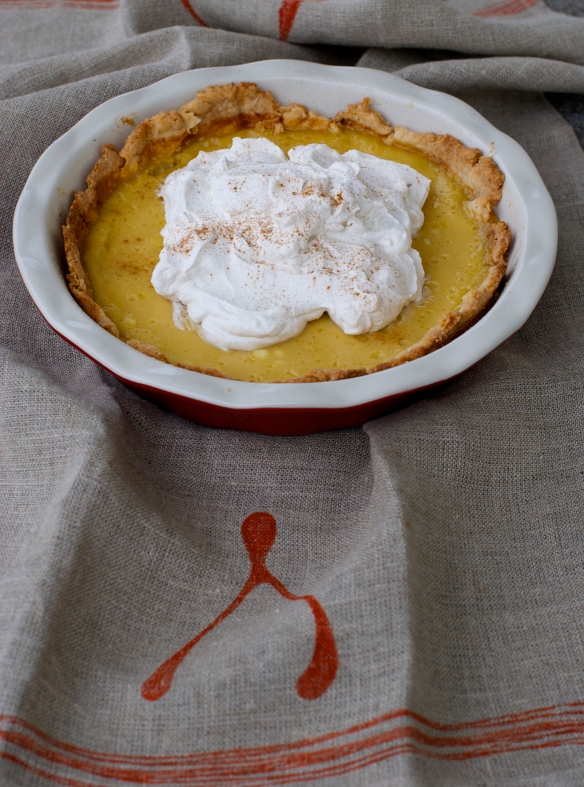 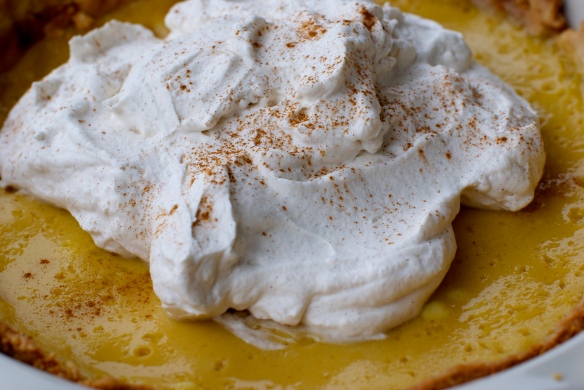 The custardy center is a combination of reduced apple cider, sugar, eggs and sour cream and it is luscious. Tangy, creamy and rich, it’s the perfect “tastes like fall” pie filling and a nice alternative to the basic apple pie. And the crust actually turned out pretty great — flakey, buttery and tender.

Once it was topped with cinnamon-laced whipped cream, this beauty was almost too pretty to eat. 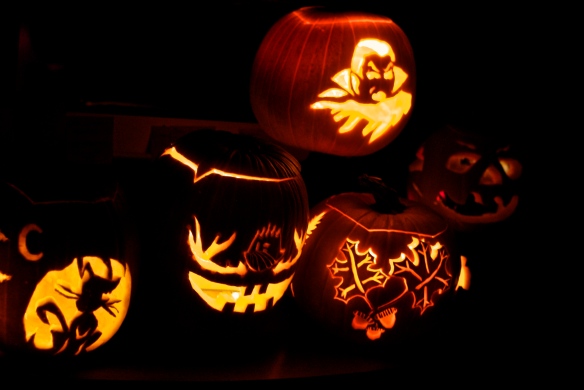 A successful pumpkin carving party — any guess on which one is mine?

14 thoughts on “A is for Autumn, Autumn is for Apple Cider Cream Pie”