Japanese beef ready for the grill. Late night bites at a yakiniku restaurant in Tokyo.

*  If you missed the first installment (where we dined on our first bowl of Japanese ramen at 9am), click here to catch up!  *

Our second evening in Tokyo ended on a serious high note. Koji, a friend of a friend and a native to the city, took us to his favorite late-night spot, a small yakiniku restaurant near the Shibuya Station.

Yakiniku is the Japanese term for grilled meats, and refers to the tabletop grills that many of these restaurants sport. The customer is basically the cook; servers pass off plates of raw meat and patrons are in charge of cooking it to their liking. Each table gets a few pairs of tongs so guests can take turns flipping meat. 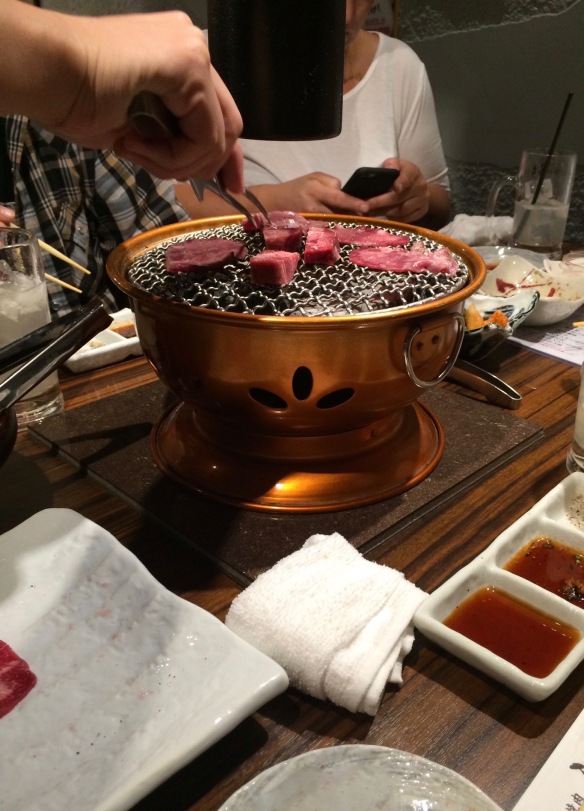 Our tabletop grill. We also each had plates with various dipping sauces to dress the cooked beef, though most of it went unused as it seemed nearly blasphemous with such beautiful meat.

Given that we were in a group with several chefs, two things were immediately clear: we were going to eat A LOT of meat and it was all going to be cooked impeccably.