Anyone who knows me knows I hate the cold. I hate snow and winter sports (except for sledding, that counts right?) and trust me, no amount of boozy hot cocoa will convince me to feel otherwise. But when my husband and I decided to make Iceland our next vacation spot, I resigned myself to being cold and wet. We even bought new rain jackets for the occasion, which struck us both as funny since Portland was gearing up for an insane heat wave (it’s been in the 90s since we left). And yet, I’m not sad to be out of the sun. It’s been an amazing trip so far and we fully embraced our Icelandic adventure, spending our third day exploring the Golden Circle. The Golden Circle is one of the “must see” Icelandic excursions for a good reason – it includes some of the most awesome natural sights on the island, all within a few hours of each other. Our first stop was at Þingvellir National Park, which was the site of the original Icelandic parliament back in 930. It’s also home to a rift valley, where you can see the division of two tectonic plates, the North American and the Eurasian. The part we were in was so deep it actually created a canyon, which has a pathway winding down to allow for some exploring. 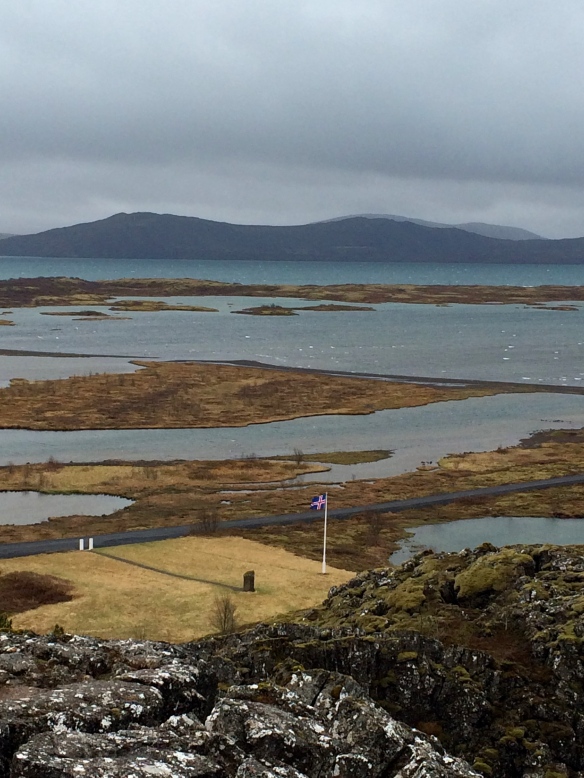 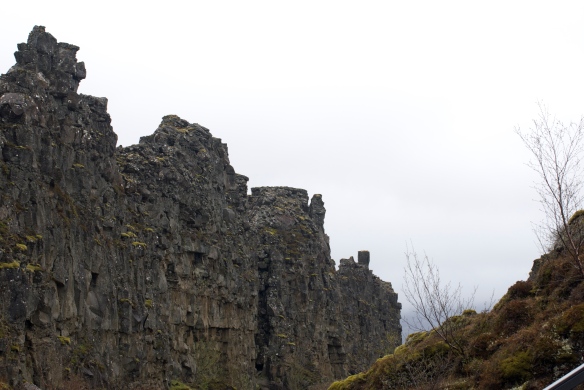 View from the rift canyon

People talk about seeing sights that make them feel small in the scope of the universe – this is definitely a place that can have that effect. It was seriously just awesome to be there absorbing both the beauty and the history of the area. From the park we traveled to Gullfoss (Golden Falls) Waterfalls, which is an immense and impressive waterfall. We ventured as close as possible to the falls and got completely soaked in the process. To all of the people I silently judged for wearing rain pants on this tour, I take it all back – you are not sissies, you are very, very smart! 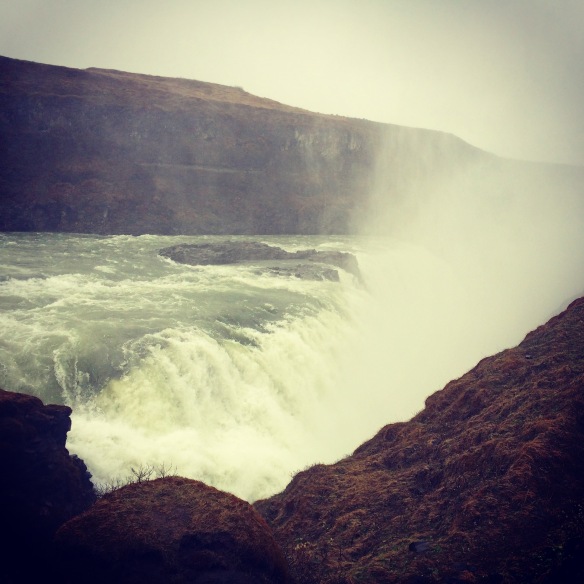 Luckily there was a cafe by the gift shop selling homemade lamb soup. We got a bowl to share and finally started to warm up.

Our next stop was Geysir and Strokkur. Geysir, also called Great Geysir, is the first geyser ever noted in print. Geysir means “to gush” in Icelandic and it is the what the English word geyser is derived from. While Geysir used to have more frequent eruptions, it is now very irregular. Most tourists (us!) come instead to see Strokkur, a smaller geyser that erupts about every ten minutes and shoots water as high up as 40 meters. By this point in our trip our jeans were so waterlogged they felt like they weighed five pounds but we trekked out to the geothermal field to see Strokkur erupt. While I haven’t figured out how to post the video I took of the actual eruption, here’s a few pictures from the area.

A small geothermal pool by Geysir

A marking for Geysir

The aftermath of a Strokkur eruption.

Then it was back to Reykjavik where we happily shed our wet clothes and tucked into reindeer burgers, smoked puffin and seared Minke whale…but that’s another post altogether!

4 thoughts on “Icelandic waterfalls, Geysir and hooray for rain jackets!”