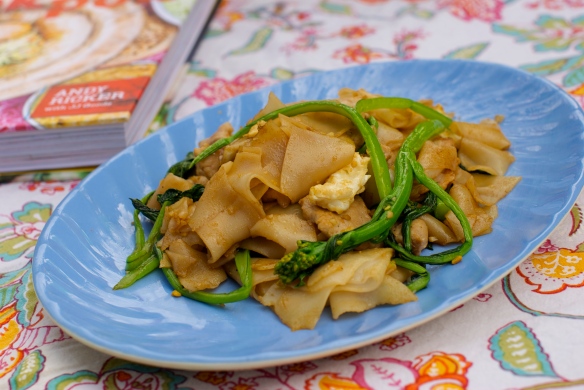 This is a story about a restaurant empire, an unfulfilling trip to an Asian market, the ensuing trials and tribulations and, finally, a meal worth blogging about.

It all starts with a girl who loves to eat…

I’m usually pretty easy to convince when it comes to dining out. I can be happy eating conveyor-belt sushi or sitting down to a multi-course dinner with wine pairings. However, in a rare show of culinary defiance, I hadn’t been very interested in checking out Sen Yai, Portland’s noodle-based spot by chef/owner Andy Ricker. I have no idea why I wasn’t drawn to it, considering I love his other restaurants immensely, but every time my husband would suggest it, I’d push to go somewhere else.

Finally, last week we joined an out-of-town friend for beers and food industry gossip. After a few pints, it seemed like a perfect time to meander over and eat some Thai food.

In an ironic twist my husband was a bit meh on his entree, but my dinner totally bowled me over. It was nothing crazy or unique, in fact Phat Si Ew is probably right up there with Pad Thai for its ubiquitous placement on all American Thai restaurant menus.

But this rendition was spot-on — it was slightly sweet, smokey from the char on the noodles and the pork was tender and delicious. The thin sprigs of Chinese broccoli added crunch and a touch of bitterness. It was a winner. And that’s not just the beer talking!

The next day I regretted not having brought my leftovers to work for lunch and upon returning home, promptly inhaled the last little bits.

Fast forward a few days later, I discovered Ricker had a recipe for his Phat Si Ew in the Pok Pok cookbook. I was so excited I immediately began to make up a grocery list. Being car-less (my husband had driven to work that morning) I couldn’t hit up the big, glorious market Fubonn, but I figured the little, slightly strange Asian market by my house would suffice. After all, this was the place where I had easily located glutinous rice flour, Chinese celery, wheat starch and kecap manis on previous visits.

However, my luck had come to an end.

The fresh sen yai noodles I was looking for were nowhere in sight and I couldn’t find black soy sauce to save my life. In their stead I bought semi-fresh pad thai noodles — hey, it’s a rice noodle! — and a black bean soy sauce, both of which seemed to be poor substitutes. I also struck out finding the super thin Chinese broccoli that Ricker suggests buying, but he did say the thicker stuff would work as well. Good thing because that’s all I could find!

(There was also an unfortunate incident involving Vietnamese fish sauce but you’ll have to wait for that one.)

I came home a little disappointed but still determined to give the recipe a try.

Sadly, while dinner was edible, it certainly wasn’t stellar. Even more sad, Phat Si Ew is a dish so simple that Miranti Borvornsin, a blogger I follow, compared sharing her recipe to telling someone how to fix a hotdog. (PS: her blog is full of awesome Thai recipes, totally worth checking out.) Basically it’s a dish so easy a toddler should be able to make it.

With each noodle I ate, my head hung just a little lower.

But rather than toss in the towel, the next day I petitioned for the car (a fairly easy feat) and drove straight to Fubonn. Within moments I had secured the right noodles, the right soy sauce and a few other goodies necessary for future endeavors. I could feel my cooking mojo returning. 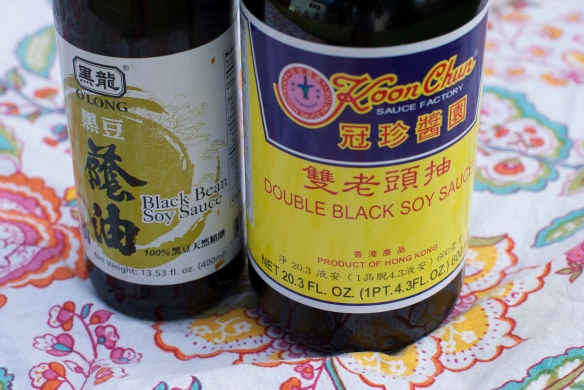 So close…and yet not the same thing.

Fresh rice noodles — these ones came exactly as Ricker recommends, in sheets much like fresh pasta sheets, allowing you to cut the noodles as wide as you desire. 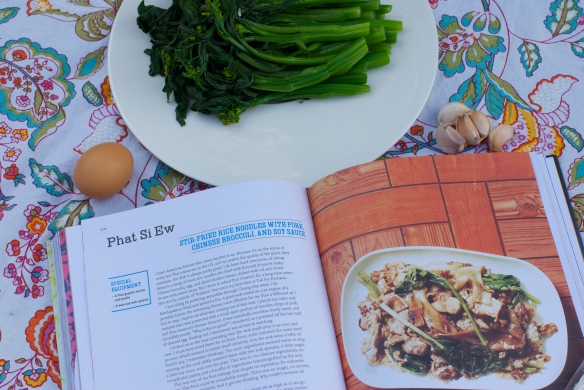 After about 10 minutes of cooking, dinner was ready and the results were like night and day. This was the dish I had been craving, certainly not as good as Ricker’s cooks make in the restaurant, but still a delightfully delicious dinner.

I didn’t quite get the char required, but the flavor of the sauce was just as I remembered. And the noodles – the noodles were fantastic. They soaked up the sweet thick soy perfectly. It was enough to wipe away the failures of the previous day and allow me to embrace the success of a meal worth waiting for.

Get cooking! Each bite will be worth ten times the effort required.