Almond, banana & cherry smoothie and a different type of mimosa

As if it wasn’t obvious enough that my life is immersed in culinary culture, it is particularly apparent when you see all of the jars of paint samples in my house. See, my husband and I have been trying to agree upon a color for our living room (and kitchen and bedroom) so we’ve been buying sample after sample to test out on the walls. 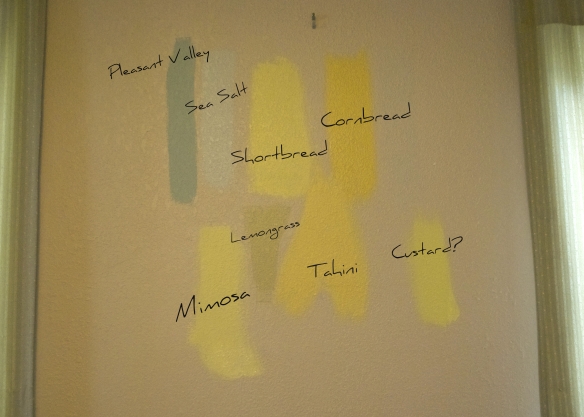 Oh cornbread…you looked so good on paper, wow, were you ugly on the wall.

After a long uninspiring battle with various shades of yellow, we have changed tactics and moved on to blues. Last weekend my husband suggested I paint an even larger section of the living room with sea salt (so far the front-runner) to see if we both still like it.

To get my strength (and sanity) up, I made a smoothie. A fabulous smoothie, in fact. I based it on the banana almond smoothie from the BA Food Lover’s Cleanse but added a few extra goodies to coax it into excellence.

I was hoping for an almost clafouti type of flavor, but the cherries are a bit too mild for that. Instead it was simply slightly sweet (cherries and banana), totally filling (protein from almond butter) and fairly healthy (almond milk instead of juice).

It also gave me the strength to consider the kitchen.

I think mimosa (far right) is winning this race.

Anyways, make this if you need a quick breakfast, a post-work out treat or a snack before dinner. I also won’t tell if you add some vodka and consider it a frosty fruity cocktail (been there, done that). 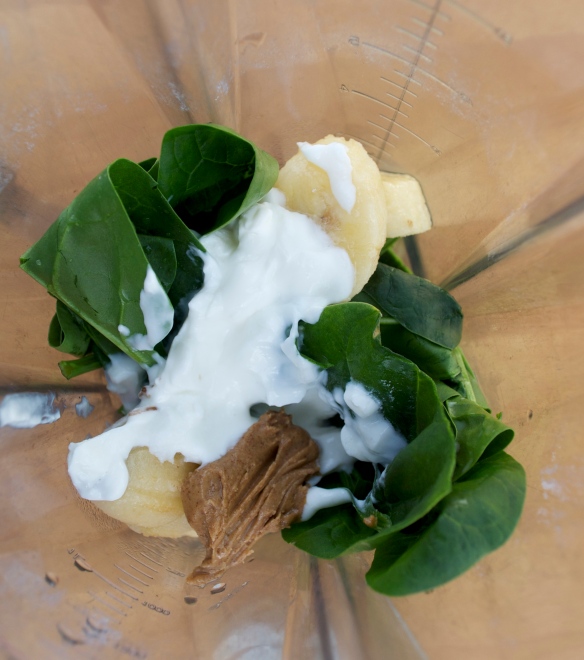 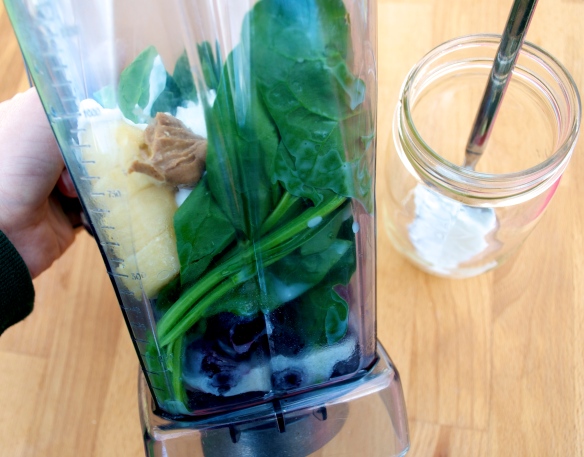 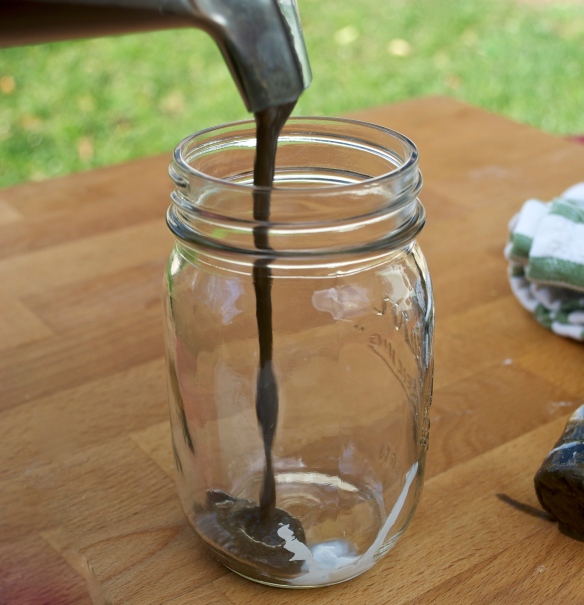 17 thoughts on “Welcome to my house, please don’t lick the walls…”