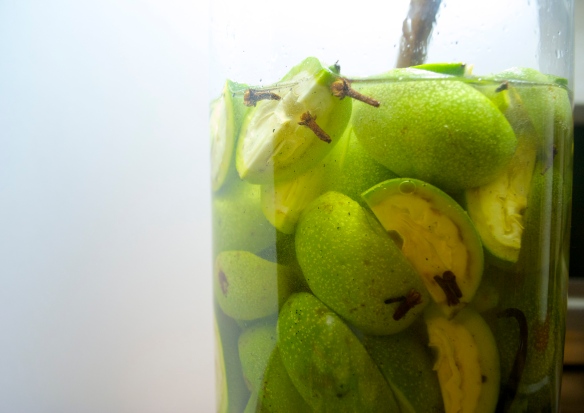 Usually when I think about infusing booze with something, it’s fruit. Take last year’s rumtopf experiment for example. But this year my husband convinced me to try something different – a green walnut infusion, known by Italians as nocino.

I’ve had nocino before (from a batch my husband made) and wasn’t too impressed. The flavor was interesting, full of spices and citrus notes, but it was served straight up it and burned like firewater. I like things boozy but I can’t handle things that are that strong. I found out later it was made from Everclear — no wonder!

This time around my husband wanted to make it with vodka instead which was much more appealing to me. He also said he wanted to play around with the finished liqueur, so instead of serving it up we could mix it into ice cream bases or cocktails. Mentioning boozy ice cream is pretty much the way to my heart so it was an easy sell.

A hundred and one green walnuts later, we got to work:

We settled on this recipe from David Lebovitz, altering it only slightly by using orange zest instead of lemon.

To begin the project we had to quarter all of the nuts: 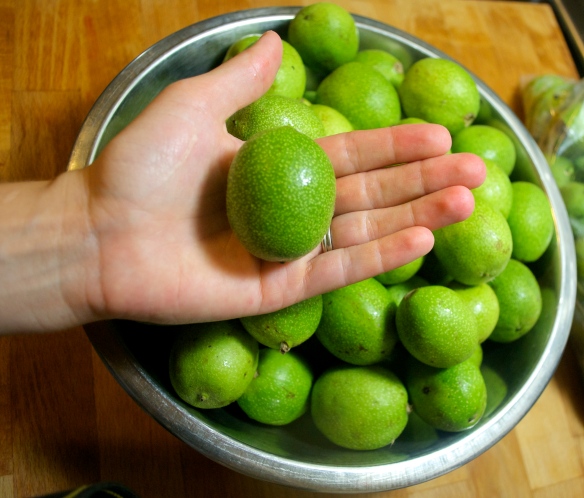 Next we added all of our spices to the vodka along with some sugar: 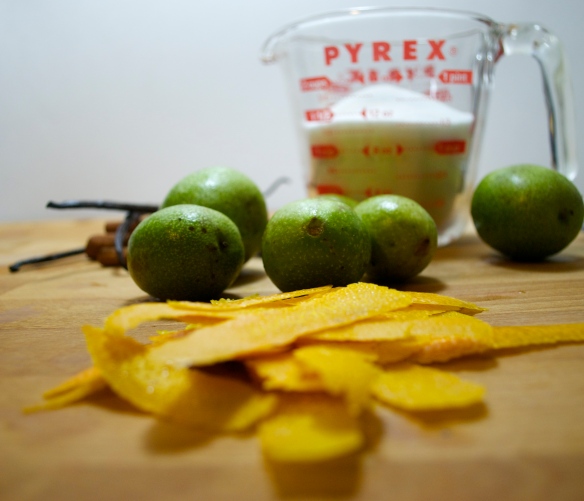 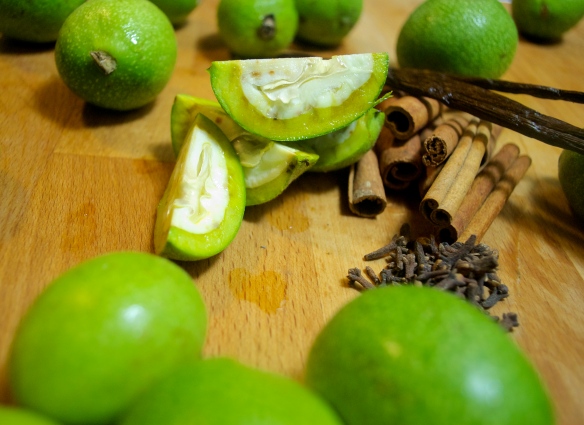 Then came the nuts: 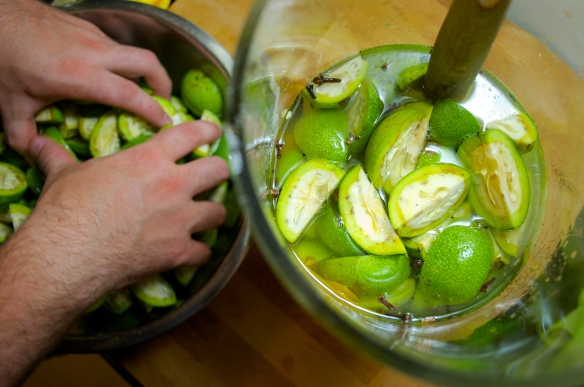 Then a good stirring: 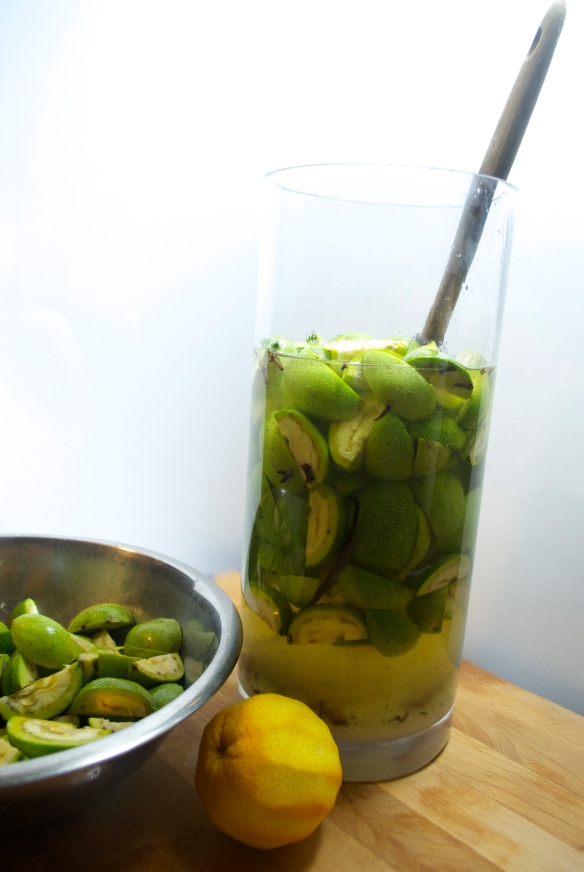 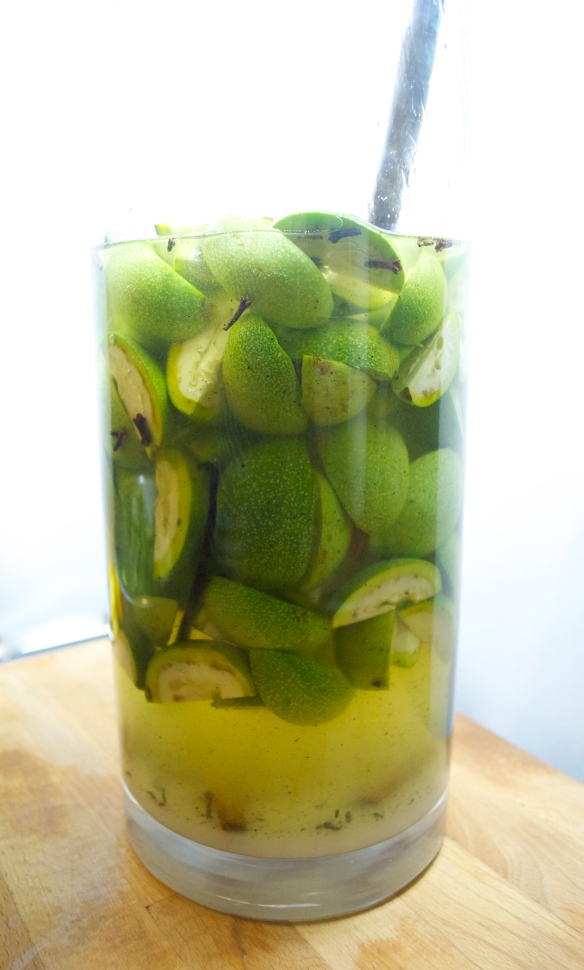 If you’re won over by the vibrant green color as much as I was — don’t get too attached! All it takes is 24 hours before the liquor inside becomes squid-ink black. And in the 6 months it needs to infuse, it will only get murkier. 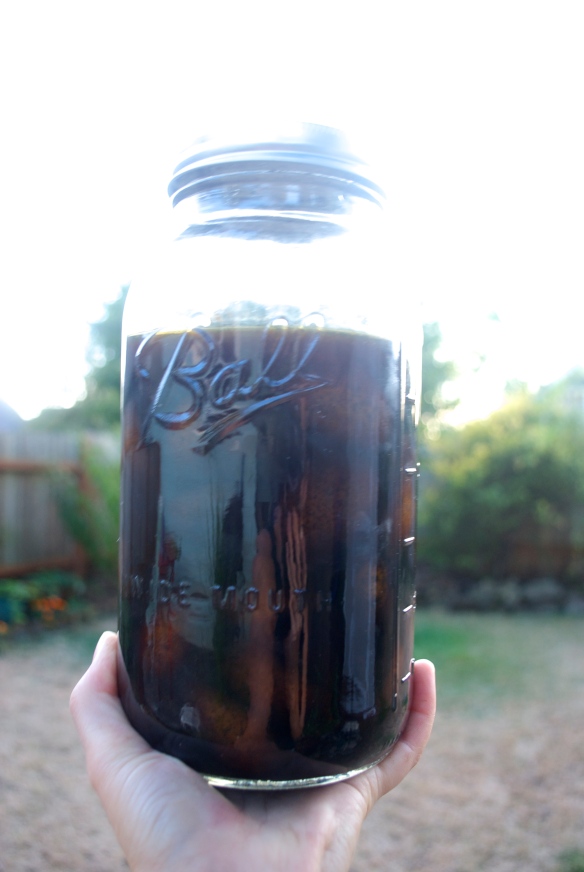 ** I started this post in June and because summer got away from me, I’m only finishing it up today. So you’ve probably missed your chance to start your own batch of nocino. But this winter, when we crack ours open, I’ll let you know if it’s worth it. (My guess is yes!) **