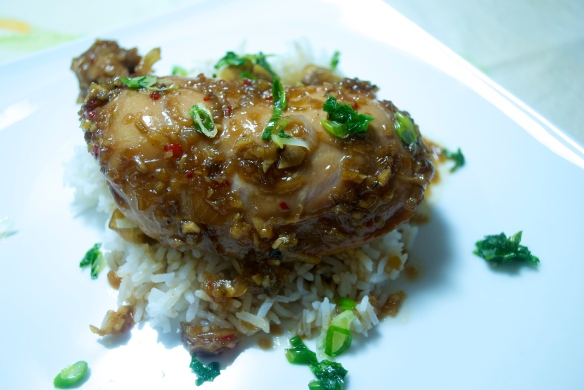 First I must make a confession — I made this chicken a while ago. It’s just now making an appearance because I couldn’t decide what to write about it. Honestly, I can still look at these pictures and be confused. I enjoyed eating it, but was it something I’d ever make again? Would I recommend it to someone? Would I recommend it to someone I like? Am I bitter at Food & Wine? I don’t know. I have never felt so torn about a recipe before.

Let’s start at the beginning, shall we?

Back in September, I flipped to this recipe for Caramelized Ginger Chicken in the most recent issue of Food & Wine and stopped in my tracks. The picture that accompanied the recipe looked perfect — tantalizingly drool-worthy, both sticky and succulent. I mean really, go to this link and ogle the picture up close. That chicken is so saucy that it practically looks lacquered.

But even though I couldn’t get the recipe out of my head, I managed to wait a month or so to let some other people try it out first. I’m a little obsessed with reading recipe reviews so if the “guinea pigs” discover a problem, I can make adjustments accordingly. The first review I found for this recipe was from Garrett of Noodle Therapy who had clearly been just as seduced by the picture as I had been.

What I read made me nervous. He reported that the flavor was good with a nice hint of fish sauce and the chicken was tender, but the final result looked nothing like the picture, even though he followed all of the directions. WTF? The picture was the best part!

But even with that knowledge, I couldn’t let it go. Finally in mid-December, deciding it still sounded too good to pass up, I bought some chicken legs and got to work.

And things started off well: 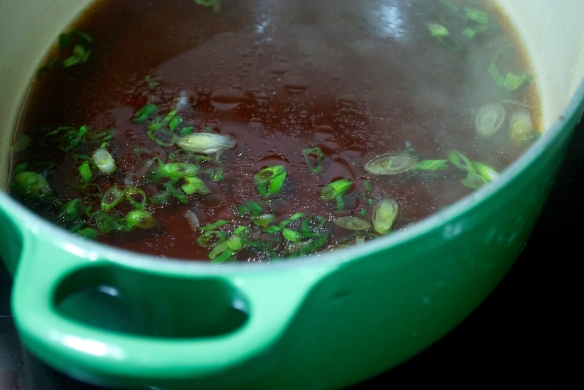 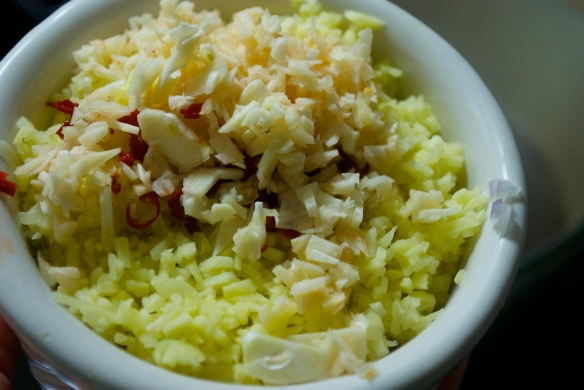 Plus minced ginger, garlic and chiles

But after that, things got a little weird — bake the thighs for 15 minutes and then remove the skin? Um, okay…not so appealing but still, I had faith. 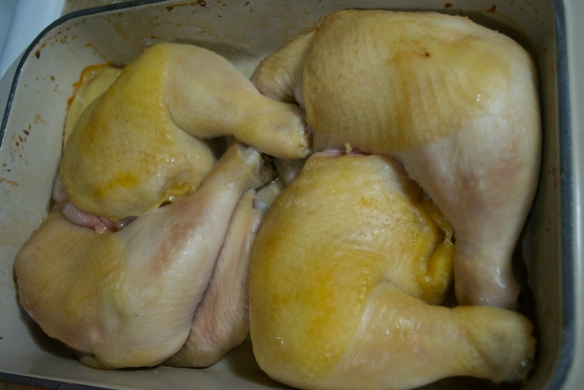 The directions then instruct you to “nestle the legs in the sauce in the casserole…simmer over low heat for about 15 minutes, basting the chicken a few times, until cooked through; add a few tablespoons of water if the sauce gets too thick and dark.”

Right. Let’s just say the possibility of the sauce becoming “too thick and dark” was nonexistent — there was just way too much liquid. The legs were not getting sticky, they were just getting over-cooked. So I took out half of the sauce and put it in a separate pot to boil away. Once it was reduced, I used that to baste the chicken. It seemed to help and quite honestly, it’s the only way I can imagine even getting close to the glaze that the chicken in the magazine has. 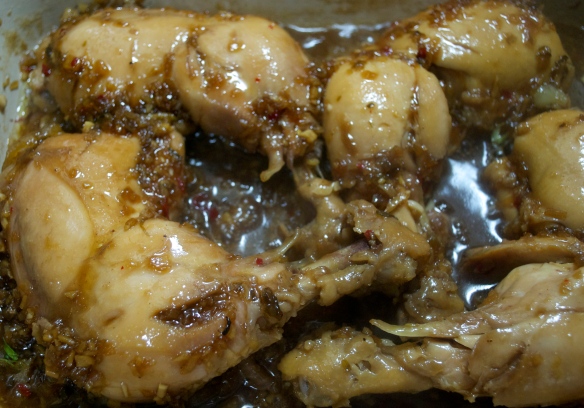 On the upside, if you didn’t know what it was supposed to look like, this dish manged to come out looking pretty damn good. And it was tasty. There was plenty of flavor, plus a good kick from the ginger and chiles and the sauce did get sticky so that each bite had bits of garlic and ginger clinging to it. In fact, it actually reminded me a bit of the fish sauce chicken wings from Pok Pok (the Portland “street food” Thai place that became so popular there is now a NY location). 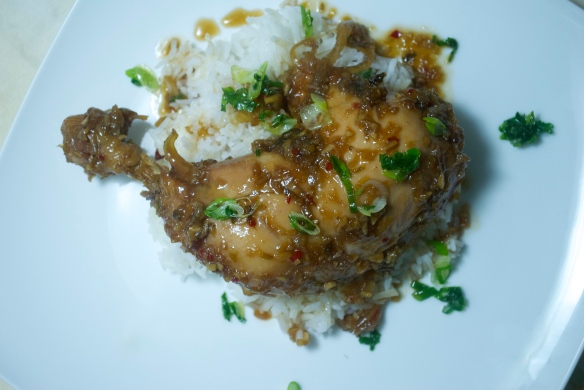 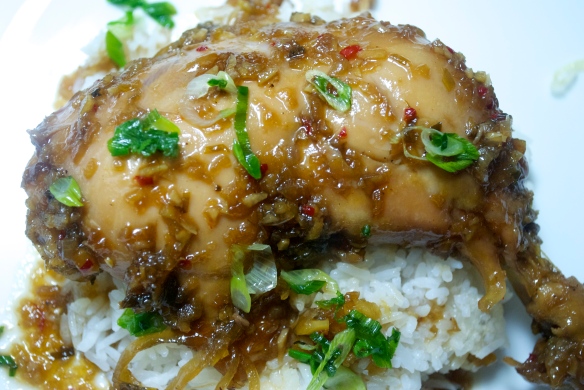 However, good flavor aside, I am still harboring some animosity over the experience. And even though it’s been a month since then, I still occasionally find myself searching for other reviews on this dish because I swear we’ve been duped. I feel like a newlywed whose mother-in-law gave her a recipe for a favorite dish but left out the key ingredient. I actually feel like Debra Barone which I find embarrassing (mainly because it shows how much crappy TV I’ve watched in my life).

Have you ever held onto lingering resentment over a recipe? I’d love to hear some stories to make me feel less crazy!