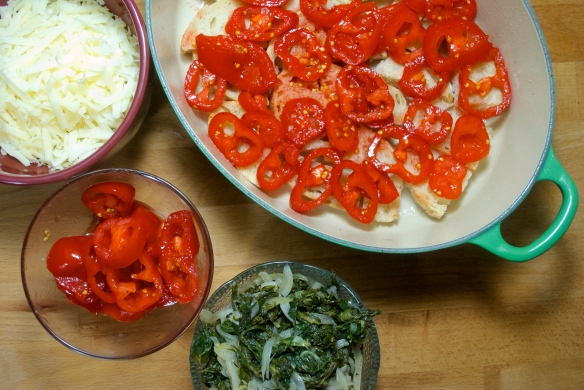 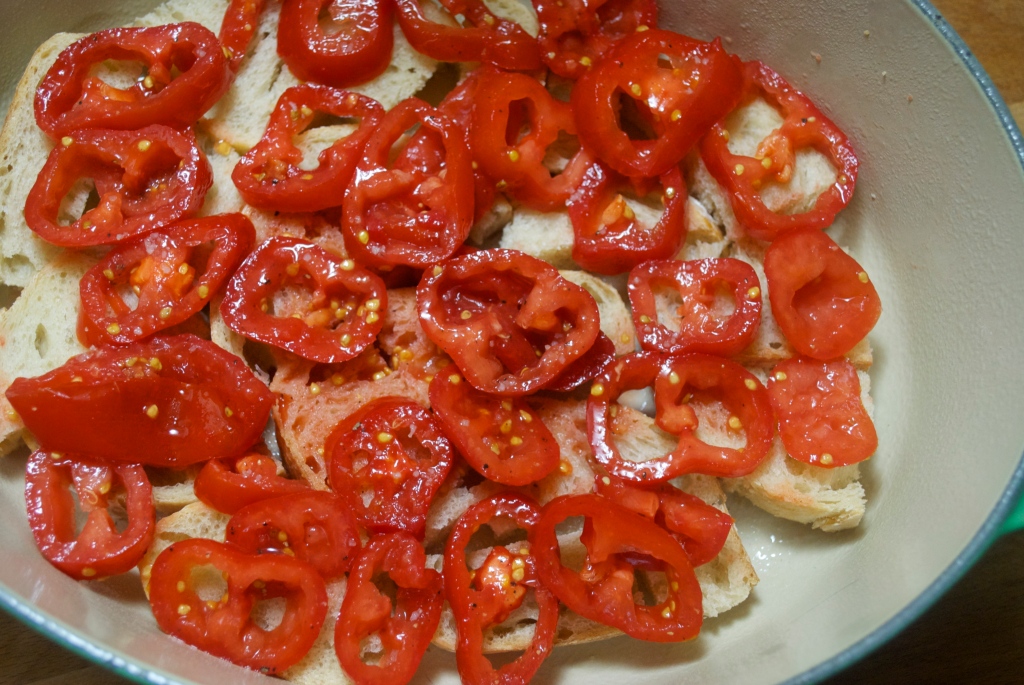 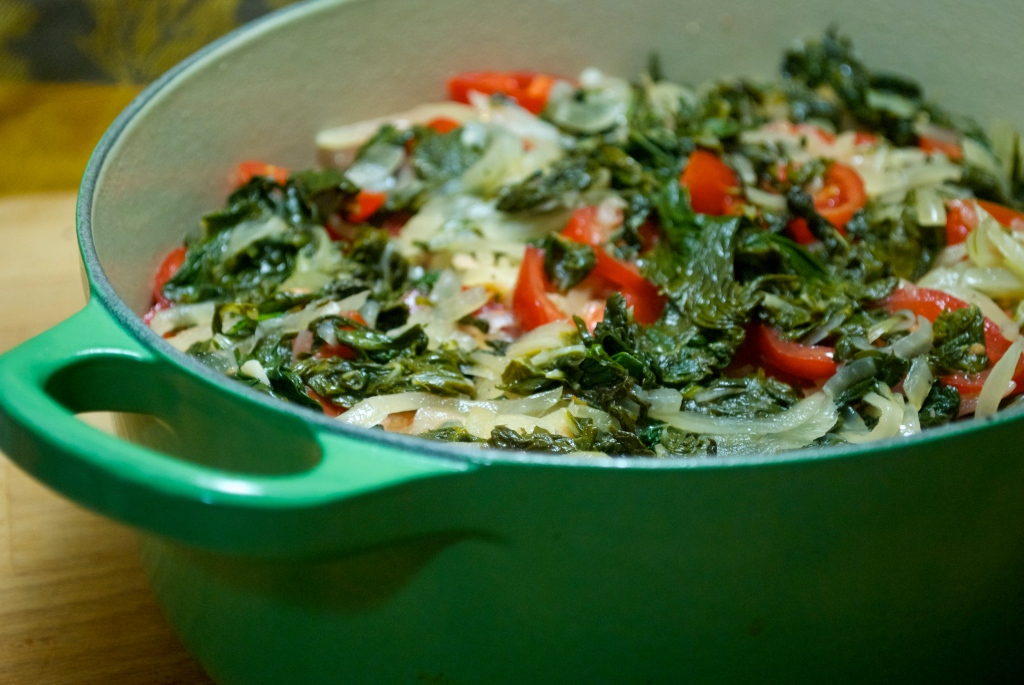 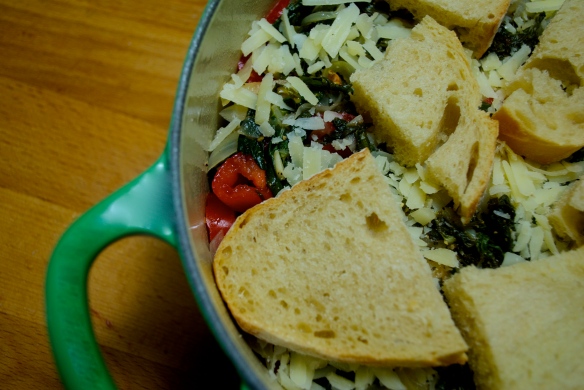 final layer of bread, which gets brushed with melted butter

After everything is loaded up and the hot chicken stock is poured over it, it just needs to bake for about an hour. And the whole time it’s cooking, it will smell fantastic. Then when you peeled back the foil, you will most likely be overwhelmed with excitement because it will look like this: 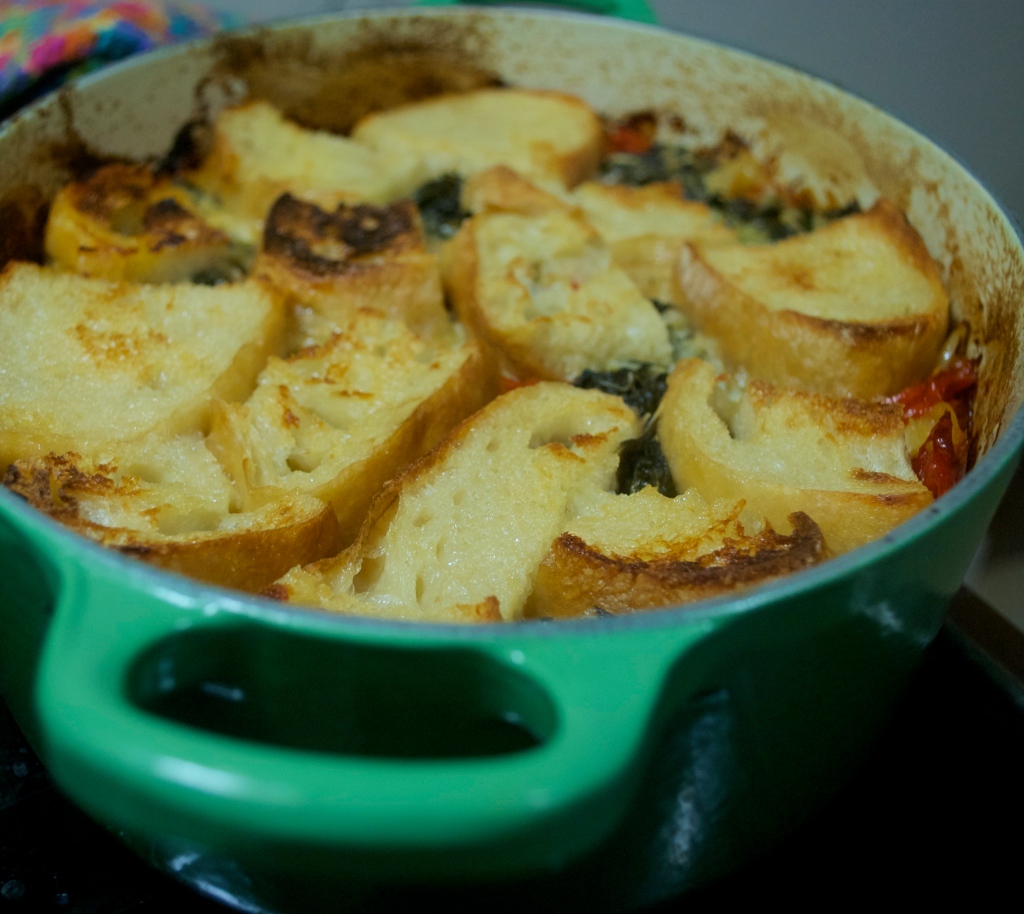 Right? Tell me that doesn’t look incredible! Tell me that you are gathering yourself up for a trip to the store for five pounds of Swiss chard so you can make this immediately!

Oh, but before you leave, I’ll let you in on a few things I different. Manchego worked fantastically well in this dish, it’s a firm nutty cheese and I love it even more than Gruyère so I gave it a whirl. This was my only real substitution in this recipe. I guess you could say something about my tomatoes too — they were plum tomatoes grown by my friend DB. They weren’t as juicy as a beefsteak would be but they were so perfectly ripe that their intense tomato flavor carried through everything else.

And, a bonus tidbit! I did all the prep and layered everything together (stopping before adding the chicken stock) and let it sit overnight in the fridge. The next day I let it temper for about an hour, heated the stock and popped it in the oven. This way the timeline seemed briefer — not that it takes forever, but considering I was doing party planning too it was nice to have one less thing to worry about.

So there you have it, folks. Photographic proof that sometimes the recipe that’s been haunting you just needs to be made! Who knows what greatness you could be missing out on?