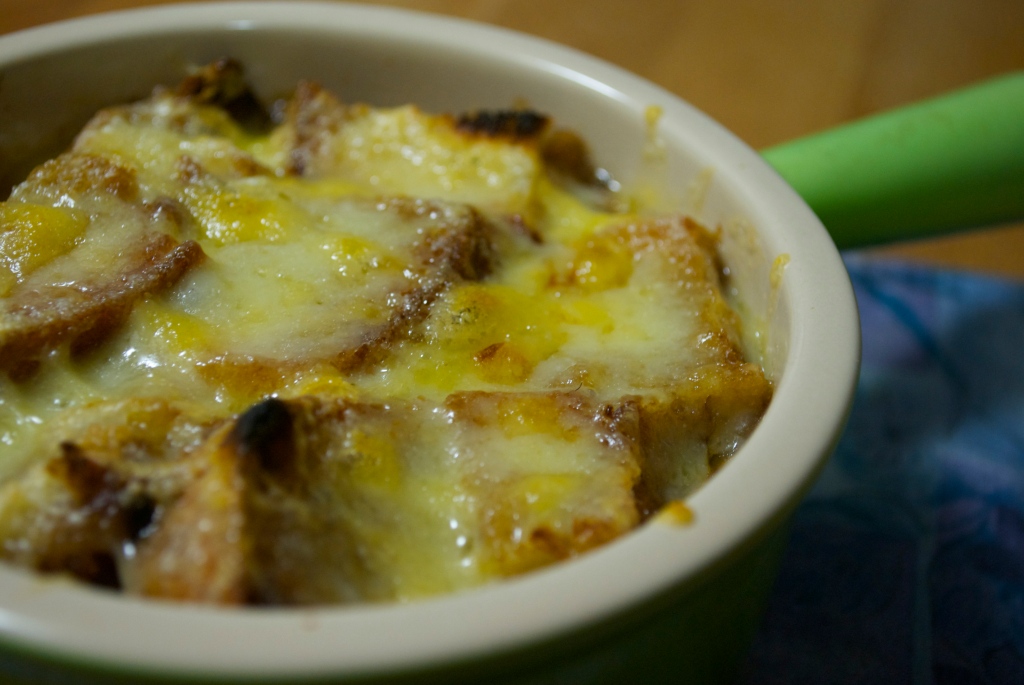 If a bowl of crispy, cheesy French onion soup doesn’t say “autumn is here” I don’t know what does. And when you add a lovely, perfectly in season Pink Lady apple and a hefty splash of apple cider, it becomes downright magical.

My husband and I hit up the Montavilla Farmer’s Market (in SE Portland) a few weeks ago and came home with a beautiful selection of apples. There were so many varieties to choose from it was a little overwhelming. My new favorite is the Pink Pearl — which has bright rose-colored flesh and a tart flavor reminiscent of a Granny Smith. 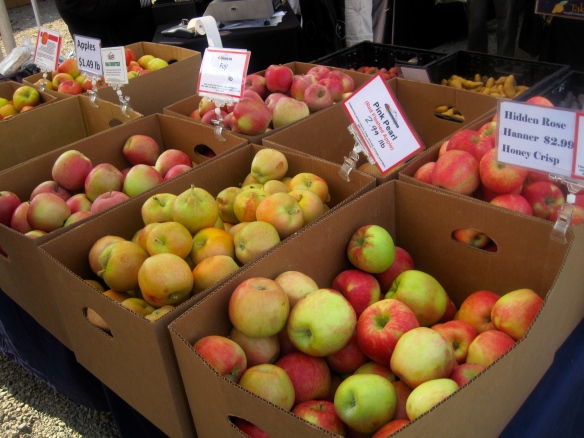 I picked up a dozen or so apples and upon arriving at home, I set a Pink Lady aside because I had a plan in mind. This plan, to be specific: French Onion and Apple Soup.

It was a Cooking Light recipe that I had been staring at for quite a while and finally it was cold enough in Portland to justify making it. I admit, I was a little over excited. I’ve mentioned before that fall makes me nervous because it’s so close to winter, but here’s a secret — as soon as autumn is in full swing, I love it. The smell of cinnamon, the desire to bake cookies and toast pumpkin seeds. It’s like that feeling of being a kid when you realize you can finally start the counting down the days until Christmas.

And this soup definitely helped usher me into autumn! The cheesy topping and crunchy croutons were as comforting as always. And with its slight sweetness and rich beef broth, it brought about an immediate and serious craving for hot apple cider with Applejack.

I spread the cooking over two days since it does take a while to prep. There is the slicing of the onions, plus the browning — which all took roughly an hour. The next day I put the onions and other goodies back in a pot and simmered it gently for another hour. Finally it was ready to go in its oven-proof bowl for the broiling process. 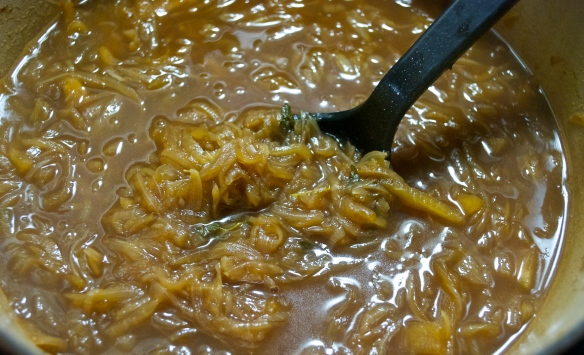 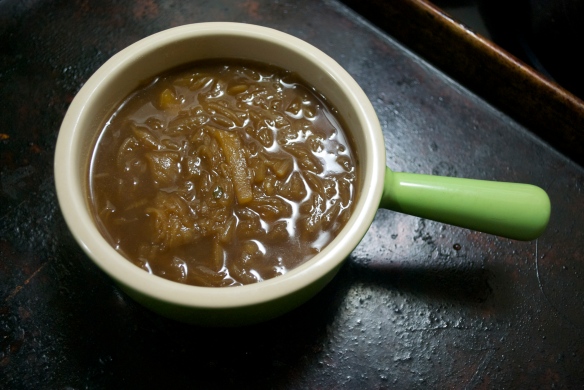 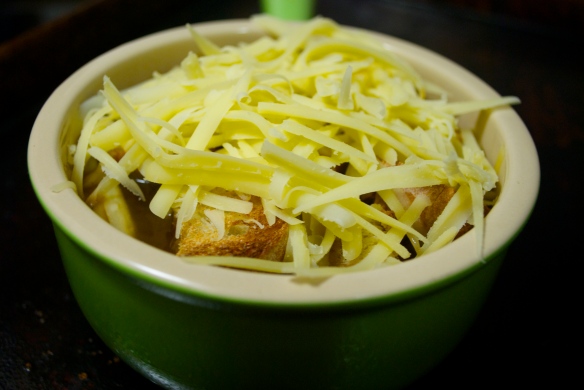 After its trip to the broiler, it came out looking like, well, the best thing ever: 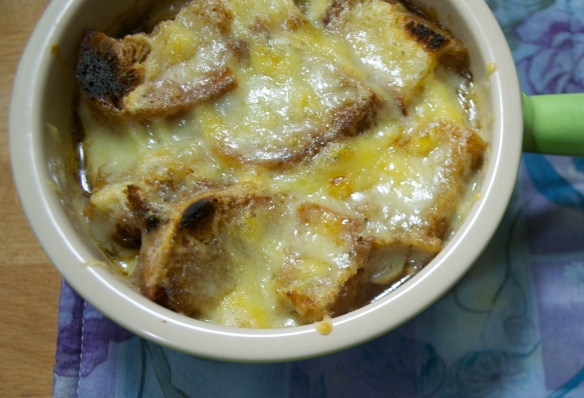 I really loved this soup though I did find the onions in particular needed more salt. It is a Cooking Light recipe and they are always exercising low sodium. I, on the other hand, routinely joke that I would kill to have a salt lick at home.

At any rate, yes, this soup is a little sweet, but savoy enough to carry it through. If you would prefer less sweetness, I would suggest swapping out the cider for Applejack (or any other apple brandy).

Since my husband isn’t a huge French onion soup fan, I ate this for three meals over the course of the week, and I can tell you the second two days were the best. This soup (like most tend to do) definitely gets even better with a day or two in the fridge.

So if you’ve been out apple picking or raiding the Farmer’s Markets for some perfect crisp apples — you really need to make this — every bite is like a taste of autumn!