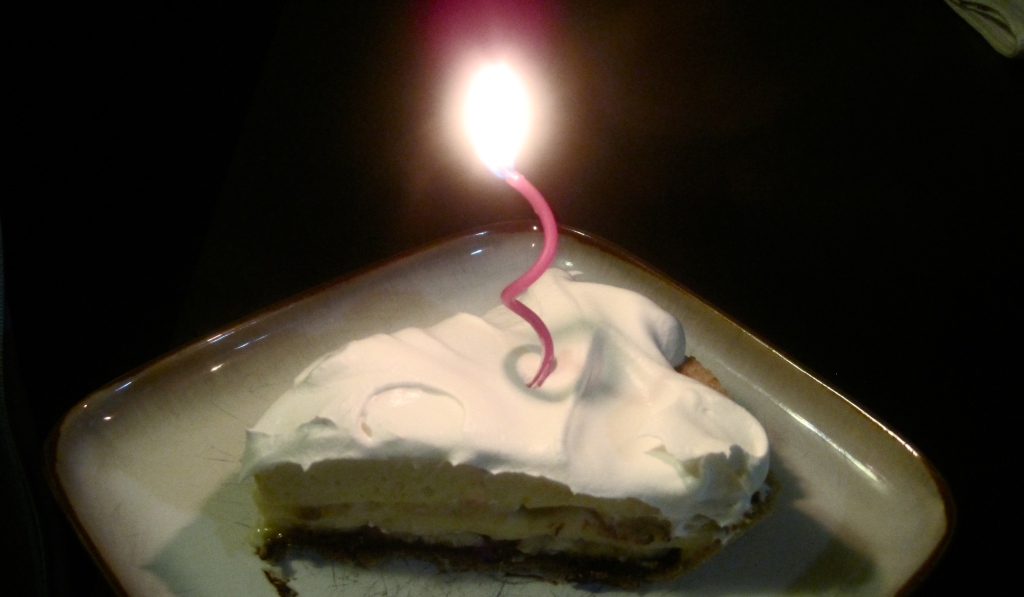 Make a wish….and you better make it a good one!

First off, I want to dedicate this post to one of my best friends, Oliver Lucky. We met our freshman year of college, probably our first day of being at school seeing as we lived in the same dorm. It’s hard to believe we’ve now been friends for 15 years — it doesn’t seem like that long ago that we were raising hell in Chinquapin Hall.

In the time that we’ve known each other, our friendship has been fairly fluid, from living in the same city to living a state apart, from seeing each other daily to maybe a few times a year. I’m lucky now because (finally!) we live within walking distance of each other and it’s been pretty awesome. However, since his time living in my neighborhood, we’ve regressed once or twice back to our college-day habits. There was an incident involving a little too much booze that may have ended with me waking up on my living room floor to find Oliver fast asleep on the couch. Or not. It’s hard to say.

Anyways, it’s his birthday today and to celebrate I made a Black-Bottomed Banana Cream Pie. This came about for several reasons — because I needed to make another recipe from my folder to keep my resolution going and because I made the mistake of buying two bags of bananas at Costco and then promptly forgot about them. That place is dangerous!

Anyways, this recipe seemed like the perfect choice for a celebratory dessert. It also has the dubious honor of being one of the oldest recipes in my binder. I couldn’t find a date on the page, but after some googling it looks like it’s from a November 1998 issue of Cooking Light. The page I have has to be a reprint, but honestly it was a bit of a “shit or get off the pot” moment. If I still didn’t want to make this recipe, after all signs were clearly pointing toward yes, than it needed to be tossed. Thankfully I decide to “shit” and good thing I did — this pie is delicious!

First I was off to the store to get the few ingredients I was missing: cream cheese, Cool Whip (which kind of creeps me out, but whatever) and a graham cracker crust. What’s that? Oh you clicked on the recipe link and you’re wondering why I didn’t make the pastry crust like instructed?

Because I’m feeling frisky, I’ll divulge a little secret. I suck at pie dough. I really do. I’ve only attempted it a few times, but it’s just not my strong suit. If you’d ever had one of my grandma’s pies, you’d know how much sadder it is for me. She makes a mean pie dough to go with the best apple pie I’ve ever eaten. Perhaps the best apple pie ever, period. But since that gene clearly skipped a few generations, I purchased my graham cracker crust with only the slightest guilt.

Once I got home, it was easy to whip up the chocolate base and the custard. I mean crazy easy. The cornstarch in the chocolate sauce threw me off a little, but hey, it tasted just fine. And the vanilla custard was done in less than 10 minutes. I decided to go for two thin layers of bananas instead of just one thick layer, for more equal distribution of banana-y goodness, and because that’s just how I roll. After the pie set overnight, I topped it with the thawed Cool Whip and it was ready for candles.

So here’s to you, dude — Happy birthday! — from me (and the Birthday Badger)